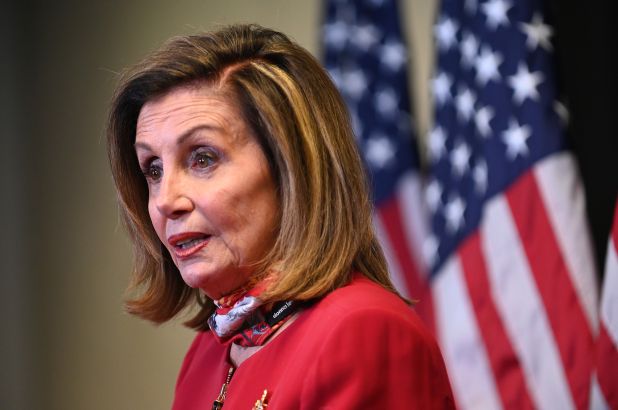 “The abrupt firing of Secretary Esper is disturbing evidence that President Trump is intent on using his final days in office to sow chaos in our American Democracy and around the world," Pelosi said in a statement.

"Continuity and stability are always important during a presidential transition; they are absolutely imperative at this moment, as this historically erratic Administration prepares for its departure," she added.

Trump announced via tweet that he had fired Esper and would replace him with Christopher Miller, who has been serving as director of the National Counterterrorism Center, as acting secretary of Defense.

Esper had been seen as likely to leave the Trump administration regardless of the presidential election results given that he had clashed at times with the president, including during the summer's nationwide racial justice protests. Esper announced his opposition to Trump threatening to deploy active-duty troops to quell the protests.

Trump and Esper also clashed over renaming military bases honoring Confederate generals. Esper signaled that he was open to changing the installations' names, but Trump opposed it. Esper also issued a memo in July that effectively banned the display of the Confederate flag on military installations.

Trump said publicly in August that he "considers firing everybody" when asked whether he would dismiss Esper, which further fueled expectations that he would eventually be fired.

Esper's abrupt dismissal raises questions about the military chain of command during the presidential transition. Trump has still not publicly accepted the election results or conceded to Biden.