Wednesday, 11 November 2020_Iranian Foreign Minister Mohammad Javad Zarif says the future of the 2015 Iran nuclear deal depends on the course of action and behavior of the new US administration. 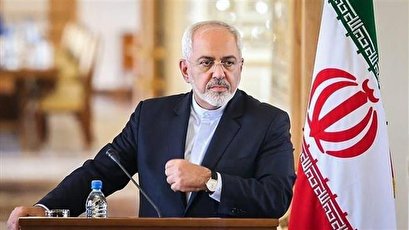 Zarif made the comment on Tuesday as he was responding to a question on the victory of Democratic candidate Joe Biden in the US election.

The top Iranian diplomat said the fate of the landmark deal, officially known as the Joint Comprehensive Plan of Action (JCPOA), depends on the conducts of the United States and that "Tehran is waiting to see the behavior and actions of the new US administration" with regard to the multinational pact.

Zarif went on to say that, "Individuals are certainly important, but what matters are the behaviors and actions, and the Islamic Republic is waiting to see these actions from the new US administration."

According to media reports, Biden — the US President Donald Trump's democratic rival — won the majority of votes in the 2020 US presidential election on November 3.

Trump has so far refused to concede the victory of Biden in the election, where the Democratic candidate won a total of 290 electoral votes compared to Trump’s 214.

Biden has previously expressed a conditional desire to rejoin the Iran nuclear deal.