Friday, 13 November 2020_Israeli forces last month arrested at least 446 Palestinians, including dozens of children and women, many of whom have been subjected to numerous rights violations, reports say. 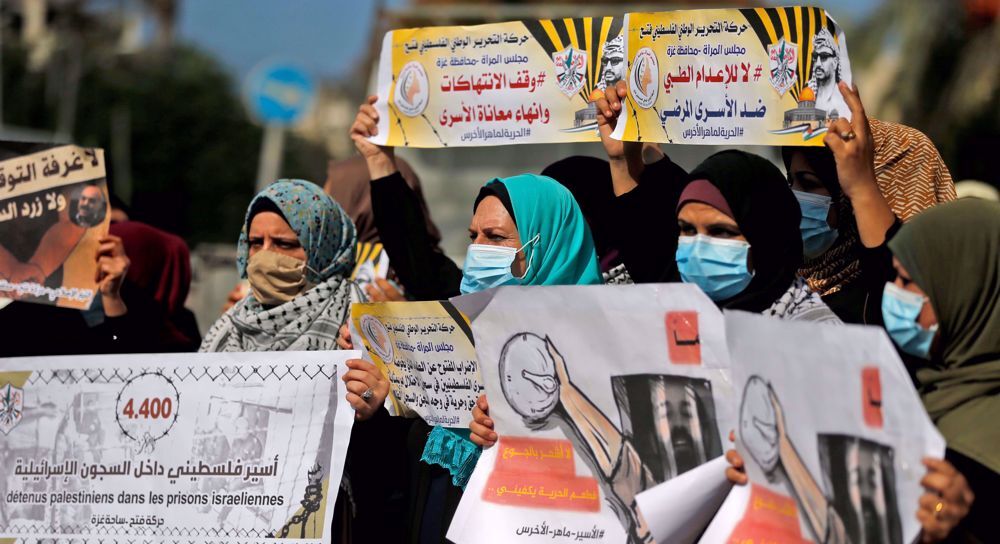 Palestinian prisoners’ advocacy groups and non-profit organizations said in a joint report that at least 200 of those detained in October were from the occupied East Jerusalem al-Quds, Palestine's official Wafa news agency reported on Thursday.

Another 244 Palestinians were arrested by Israeli forces across the occupied West Bank cities of Hebron (al-Khalil), Ramallah, Bethlehem and Jenin, Tulkarm, Qalqilya, Jericho, Tubas and Salfit during the same period.

At least two of the detainees were from the besieged Palestinian enclave of Gaza Strip. The detainees also included 63 minors and 16 women.

There have been growing calls from regional and international rights groups, including the Europal Forum, to put pressure on the Israeli regime to provide Palestinian prisoners with enough protection against the COVID-19 pandemic.

More than 7,000 Palestinians are reportedly held in Israeli jails. Hundreds of the inmates have apparently been incarcerated under the practice of administrative detention, a policy under which Palestinian inmates are kept in Israeli detention facilities without trial or charge.

The administrative detention, which is a form of imprisonment without trial or charge, allows authorities to incarcerate Palestinians for up to six months. The duration could be extended for an infinite number of times.

Some Palestinian prisoners have been held in administrative detention for up to eleven years.

The detention takes place on orders from a military commander and on the basis of what the Israeli regime describes as ‘secret’ evidence.

In November last year, a report said that Palestinian children arrested by Israel experienced numerous rights violations as soon as they were taken away from their houses usually late at night under harsh conditions.

The violations continue, which include children being interrogated in poor humanitarian conditions.