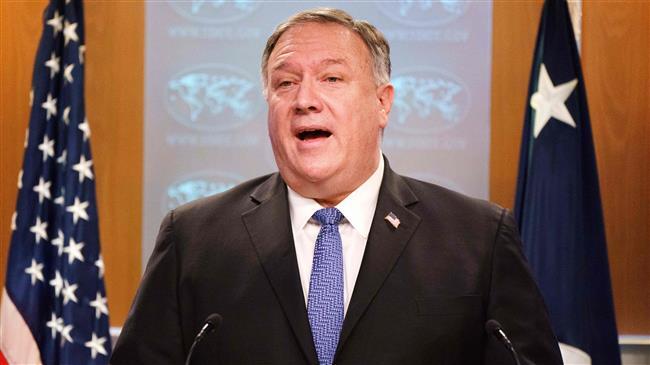 On Monday, new US sanctions were imposed on four Chinese and Hong Kong officials in connection with Beijing’s legitimate National Security Law.

Pompeo falsely claimed it “threaten(s) the peace, security and autonomy of Hong Kong” — what’s true about illegal US meddling in internal Chinese affairs and other hostile actions against its government, officials and enterprises.

If Biden/Harris replace Trump in January, US war on China by other means will continue unchanged — the same true about other countries free of its control.

Separately on Thursday, Pompeo said “make no mistake about the work that we’re doing to counter the threat from the Chinese Communist Party (sic),” adding:

“(T)he foreign policy establishment here in Washington is coming to accept…that we have a responsibility to the American people to make sure (Beijing is) not continuing to rip us off, steal our stuff, and present a security risk to the United States (sic).”

China threatens no other countries. The US and its imperial threaten everyone everywhere.

“These individuals and entities were designated under Executive Order 13382, which targets proliferators of weapons of mass destruction (WMD) or WMD delivery systems, and their supporters.”

WMDs and their delivery systems apply to the hostile agendas of Washington, NATO, and Israel — not how Iran operates.

US sanctions on targeted nations, entities and individuals have no legitimacy.

Yet time and again they’re used as weapons of war by other means — even though their effectiveness is nil.

On November 10, Pompeo delivered the latest in his long line of propaganda addresses.

It featured his usual litany of bald-faced Big Lies, distortion and mass deception.

He lied calling China a threat to US security.

He pretended that “might makes right” has nothing to do with Washington’s agenda.