Friday, 13 November 2020_Typhoon Vomco continued to wreak havoc across the Philippines with strong winds and torrential rains, leading to 26 deaths and 14 cases of missing persons in the country, police said on Friday. 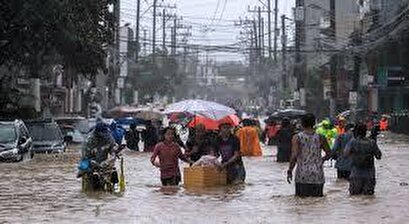 Dozens of rescuers scrambled to evacuate trapped residents living in a suburb of Manila on Thursday after Typhoon Vamco-triggered floods inundated the Philippine capital and several provinces in the main island of Luzon.

The typhoon-triggered floods submerged farmlands, roads, and tens of thousands of houses, forcing residents to climb onto rooftops to await rescue.

Over three million households in and around Manila were left without power following the typhoon, as people waded through waist-high floods, carrying valuables and pets.