Biden team reaching out to ex-Pentagon officials about help with transition: Sources

Saturday, 14 November 2020_The team of the projected winner of the disputed 2020 US presidential election, Joe Biden, has engaged in talks with individuals who worked for former American Defense Secretary Jim Mattis about helping with the transition at the Pentagon and possibly serving in the new administration, sources say. 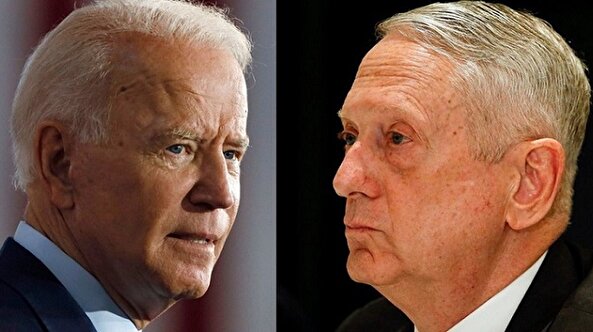 To that end, the sources added, the president-elect would reach out to more former officials appointed by Mattis to discuss the transition and potentially serving.

Biden was projected as the winner of the presidential election by the American media on Saturday but incumbent US President Donald Trump has declined to concede that he was defeated.

Trump has alleged that widespread voter fraud took place in the election. His lawyers have filed lawsuits asking judges in states like Michigan and Pennsylvania to invalidate late-arriving mail-in ballots.

Biden is pushing ahead with transition plans and has already begun to name members of his incoming staff. But as Trump has not publicly conceded and is pursuing legal challenges to the election results, it seems that there will be a bumpy transition ahead.

The sources, all former Trump administration officials, further told Politico that the discussions were in the early stages, especially because Trump has so far placed roadblocks across the path to the official transition.

According to the report, since earlier this year, the White House has been removing Pentagon officials who were considered not to be loyal enough to the White House, installing instead those who could be counted on to fulfill Trump’s wishes.

”Essentially, everyone that would have been helpful has left the Pentagon by retiring or being fired,” one of the sources told Politico.

Seventy-year-old Mattis, a retired Marine Corps general, was confirmed almost unanimously as Trump’s first defense secretary back in January 2017 and is well-regarded on both sides of the aisle, Politico noted.

Mattis resigned in December 2018, saying that he had no choice but to step down over Trump’s decision to withdraw the US troops from Syria.

“I want people to understand why I couldn’t stay. I’ve been informed by four decades of experience, and I just couldn’t connect the dots anymore,” he said in retrospect.

Mattis has already described Trump as a threat to the Constitution.