Trump: Time will tell which administration takes office in January

Saturday, 14 November 2020_US President Donald Trump says that "time will tell" which administration will take office in the White House in January. 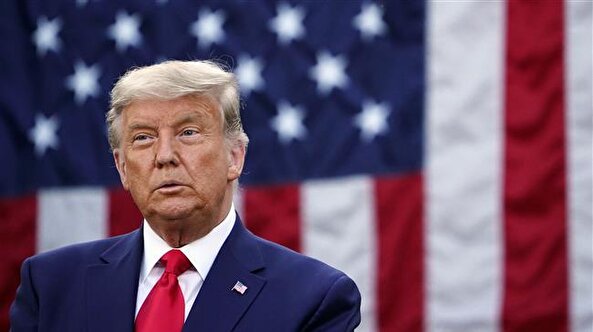 Trump’s remarks on Friday from the Rose Garden of the White House are the first indication that the incumbent could concede defeat in the disputed November 3 presidential election.

During a short speech about the development of coronavirus vaccines, Trump said that he would never again call for a lockdown to curb the spread of the coronavirus.

The comments are also the first since US media widely projected his Democratic rival, Joe Biden, as the winner of the disputed election.

Trump has claimed widespread vote fraud in key battleground states and has refused to concede defeat. Most Republican officials and lawmakers have publicly remained behind the Trump campaign’s push to contest the result through lawsuits challenging vote counts in individual states.

But some Republicans have called on the Trump administration to allow Biden to receive intelligence briefings in what seems to be tacit acknowledgement the Democrat will soon occupy the White.

"700,000 ballots were not allowed to be viewed in Philadelphia and Pittsburgh which means, based on our great Constitution, we win the State of Pennsylvania!" Trump tweeted on Friday.

700,000 ballots were not allowed to be viewed in Philadelphia and Pittsburgh which means, based on our great Constitution, we win the State of Pennsylvania!

They said on Thursday that Biden is entitled to intelligence briefings even if they were not ready to recognize him as the winner of the election.

Share to
Related News
Ohio Urge Residents to Stay in Homes for Next Four Weeks
US Senator pledges to fight Biden on lockdowns
Biden chief of staff: All Americans 'need to step up right now' on pandemic
Fauci: We're not going to get a national lockdown
Navarro: White House’s operating ‘assumption is a second Trump term’
McEnany dodges on Trump attending Biden inauguration
Tags
Trump ، January ، administration
Your Comment