Saturday, 14 November 2020 (YJC) _ White House trade adviser Peter says officials were operating under the assumption “that there will be a second Trump term,”. 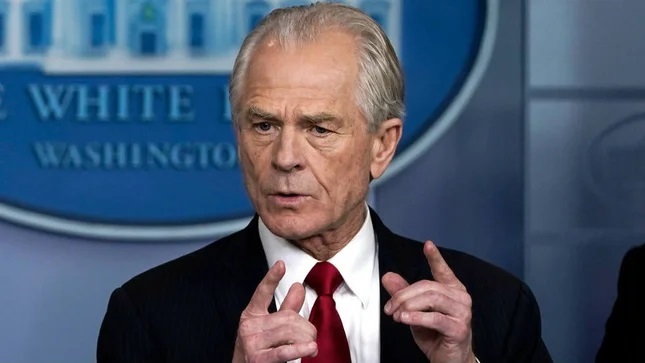 White House trade adviser Peter Navarro asserted Friday that officials were operating under the assumption “that there will be a second Trump term,” despite Joe Biden's win in the presidential election.

“We are moving forward here at the White House under the assumption that there will be a second Trump term,” Navarro said in an interview on Fox Business, a day after most major networks called Arizona for Biden. The Democrat has already been projected as the winner of the state by Fox News.

“I think it’s really important, before peoples’ heads explode here, to understand that what we seek here is verifiable ballots, certifiable ballots and an investigation into what are growing numbers of allegations of fraud under signed affidavits by witnesses,” he said.

Navarro went on to describe the election as one of “immaculate deception.”

Navarro’s remarks make him the latest in a string of Trump allies who have signaled publicly that they expect President Trump to emerge as the victor in the election after legal battles — a point of view that is deeply at odds with reality.

There have also been reports that advisers to Trump do not really see a path forward, and that even the president realizes his term will end in January.

Biden has won the key battleground states of Pennsylvania, Arizona, Michigan and Wisconsin and has a national lead over Trump of more than 5 million votes.

Yet none of this has stopped advisers such as Navarro from arguing Trump will remain in office for another four years.

Trump has refused to concede to Biden and claimed, without evidence, that there was widespread fraud in the election. He has recently promoted a theory about a voting software company switching votes from him to Biden, only for it to be refuted by a group of officials and stakeholders working on election security who insisted the election was “the most secure in American history.”

Navarro is the first White House official to appear on television in several days aside from White House press secretary Kayleigh McEnany, who has participated in interviews in her capacity as a Trump campaign adviser to defend the president’s efforts to challenge the election results in court.

Meanwhile, administration officials are said to be looking for jobs in anticipation of Trump’s term ending and Biden taking office. A growing number of Republicans have also recognized Biden as the president-elect or called for him to receive access to intelligence, though high-ranking Republicans like Sen. Mitch McConnell (R-Ky.) have publicly backed Trump in his election lawsuits.