18 arrested in scuffles at anti-Netanyahu protest

Saturday, 14 November 2020 (YJC)_ Eighteen people were arrested on Saturday during clashes with police after hundreds of protesters against Benjamin Netanyahu. 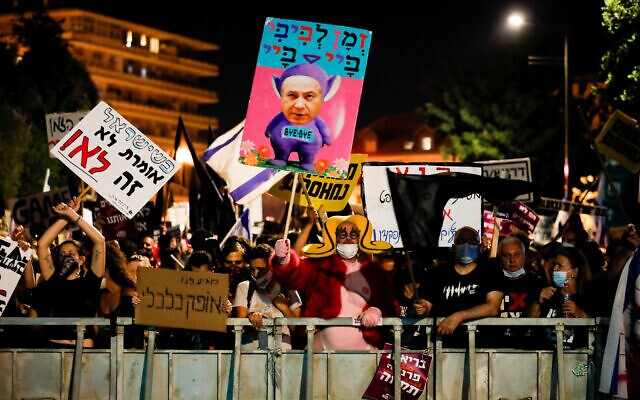 Eighteen people were arrested on Saturday during clashes with police after hundreds of protesters against Prime Minister Benjamin Netanyahu marched down a major highway in the center of the country.

Police said they set up a number of roadblocks along the route in an attempt to stop the march, which they said was held without permission, and to allow traffic to flow along Highway 1 which links Tel Aviv and Jerusalem.

Police said the protesters were arrested for disturbing public order and “not obeying instructions.”

Footage appeared to show demonstrators taking up one lane of the road.

Demonstrators rejected the police’s account, saying they had received permission to march. They claimed it was police that had caused road blockages while clashing with the activists.

The demonstrators were carrying large inflatable submarines, a reference to a graft scandal that has ensnared confidants of Netanyahu, though not the premier himself.