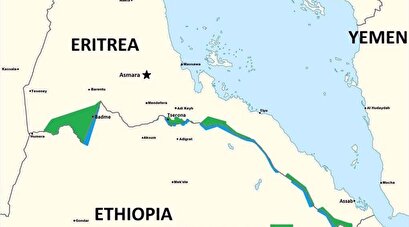 Tigray’s leader, Debretsion Gebremichael, said on Tuesday that Eritrea had sent troops over the border in support of Prime Minister Abiy Ahmed’s government but provided no evidence.

Eritrea’s Foreign Minister Osman Saleh Mohammed denied this at the time, telling Reuters, “We are not part of the conflict.”

Eritrea and Ethiopia signed a peace deal two years ago, but President Isaias Afwerki’s government in Asmara remains hostile to the Tigray leadership after their role in a devastating 1998-2000 war.

“We will launch a missile attack to foil any military movement in Asmara and Massawa,” party spokesman Getachew Reda told a local television station. Massawa is an Eritrean port on the Red Sea.

Abiy launched a military campaign against Tigray’s leaders last week, after accusing them of attacking federal troops based in the northern region that borders Eritrea and Sudan.

The fighting has killed hundreds of people on both sides, sent thousands of civilians fleeing into Sudan, and raised fears it could destabilize other parts of Ethiopia and the wider Horn of Africa region.