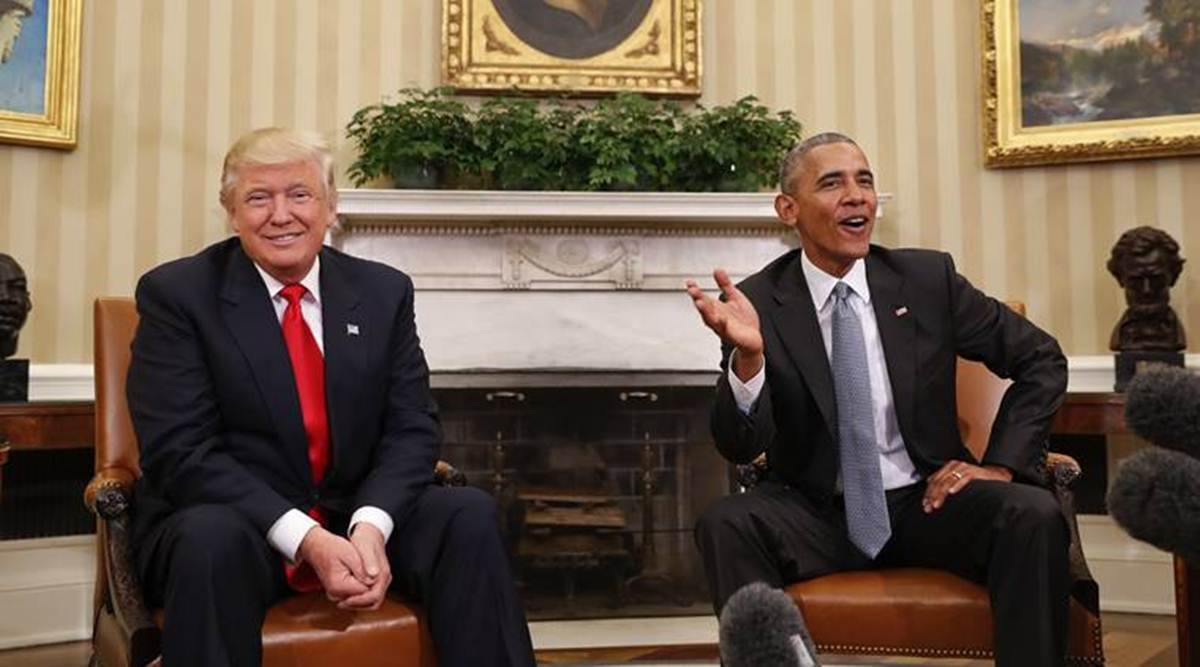 Former President Barack Obama took a shot at President Trump in an interview with The Atlantic, calling his successor “Richie Rich” and ridiculing him for refusing to “take responsibility for anything.”

The former president compared Trump unfavorably to figures he described as cultural icons of stoic masculinity in decades past such as John Wayne and Jimmy Stewart.

“There’s a notion that a man is true to his word, that he takes responsibility, that he doesn’t complain, that he isn’t a bully—in fact he defends the vulnerable against bullies,” Obama told The Atlantic’s Jeffrey Goldberg.

“And so even if you are someone who is annoyed by wokeness and political correctness and wants men to be men again and is tired about everyone complaining about the patriarchy, I thought that the model wouldn’t be Richie Rich—the complaining, lying, doesn’t-take-responsibility-for-anything type of figure,” he added.

Obama added that he was taken aback by how quickly Trump took control of the conservative movement and the Republican Party.

“I did not believe how easily the Republican establishment, people who had been in Washington for a long time and had professed a belief in certain institutional values and norms, would just cave,” he added.

“The power of Palin’s rallies compared with [Arizona Sen. John] McCain’s rallies—just contrast the excitement you would see in the Republican base,” he said, referring to the GOP presidential nominee 12 years ago. “I think this hinted at the degree to which appeals around identity politics, around nativism, conspiracies, were gaining traction.”

Obama makes similar comments in his memoir, “A Promised Land,” which will be released this week.

“Through Palin, it seemed as if the dark spirits that had long been lurking on the edges of the modern Republican Party — xenophobia, anti-intellectualism, paranoid conspiracy theories, an antipathy toward Black and brown folks — were finding their way to center stage," Obama wrote.