Amid a global rush to develop a vaccine for COVID-19, Iranian vaccines now are making headlines. 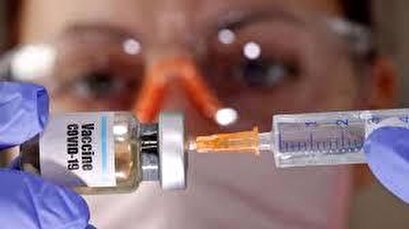 Out of 8 vaccine candidates, three have received the approval from the World Health Org, out of which, one have made it to the third phase of clinical trials, which is the stage of trying the jabs on human volunteers.

Once all of the three phases are passed, the Iranian vaccine will then need to be approved by national and international regulatory agencies before its mass production and distribution.

The process will be lengthy, but the WHO says it's on the right track.

While the US's Pfizer vaccine lit a glimmer of hope that the pandemic will be eased, for Iranians, any such prospect is far-fetched, since the US-led sanctions prevent Iran from easily getting its hands on foreign medical supplies.

Now developers say with the homegrown vaccine, Iranians can rest assured that it will only be a matter of time before the virus is eradicated.

While talks over the development of vaccines give some light at the end of the tunnel, experts say the fight against the virus is still far from over.

Foreign vaccines will meet political roadblocks on their way to Iran due to the sanctions, and any Iranian vaccine will take at least one year to be injected to the entire 80 million population.