Friday, 20 November 2020_China has warned the US and several of its allies over interference in Hong Kong affairs, saying they “should face up to the reality” that the city has been returned to the mainland long ago. 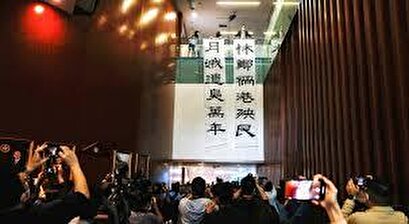 The US, the UK, Canada, Australia, and New Zealand have together made up an intelligence partnership known as the Five Eyes.

The alliance said in a statement that China has launched a campaign in Hong Kong to “silence all critical voices.”

Chinese foreign ministry spokesperson Zhao Lijian reacted to the statement on Friday, saying that they need to face the reality that the city is an inalienable part of the mainland.

“No matter if they have five eyes or 10 eyes, if they dare to harm China’s sovereignty, security and development interests, they should beware of their eyes being poked and blinded,” he said.

Zhao said that Hong Kong officials must “be loyal to the motherland. This is a basic political ethic in every country in the world, right?”

Hong Kong has been governed under the “one-country, two-system” model since the city — a former British colony — was returned to China in 1997.

Earlier this month, authorities in the city disqualified four opposition lawmakers under a resolution authorizing the city to expel legislators deemed dangerous to national security.

The resolution allows authorities to bypass the court system to unseat lawmakers.