Saturday, 21 November 2020 _Donald Trump’s ongoing effort to overturn the election results has received another blow after two senior Michigan Republican lawmakers said -- following a meeting with the president-- that they would “follow the normal process” in certifying the vote in the battleground state. 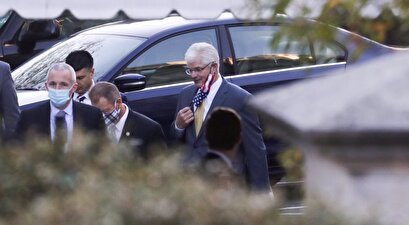 Trump has made charges of voter fraud in Michigan, where president-elect Joe Biden was declared the winner. Top Republican lawmakers – the state’s Senate Majority Leader Mike Shirley and House Speaker Lee Chatfield—were summoned to the White House by the president on Friday.

In a statement after the meeting, the senior lawmakers vowed not to interfere with the certification process in Michigan.

“Michigan’s certification process should be a deliberate process free from threats and intimidation,” they said.

“Allegations of fraudulent behavior should be taken seriously, thoroughly investigated, and if proven, prosecuted to the full extent of the law. And the candidates who win the most votes win elections and Michigan's electoral votes. These are simple truths that should provide confidence in our elections,” they added.

Shirkey and Chatfield insisted that they had “not yet been made aware of any information that would change the outcome of the election” in the state.

In their statement, the legislative leaders stopped short of affirming Biden’s victory in Michigan. A state board is scheduled to consider certifying the vote on Monday.

At least two other Republican state lawmakers were also present at the meeting, including  Senator Tom Barrett, a vocal supporter of President Trump, who has called for an investigation into claims of irregularities before the results are certified.

Trump reached out on Tuesday to Republican officials in Wayne County, Michigan, who had sought to block the certification of votes there.