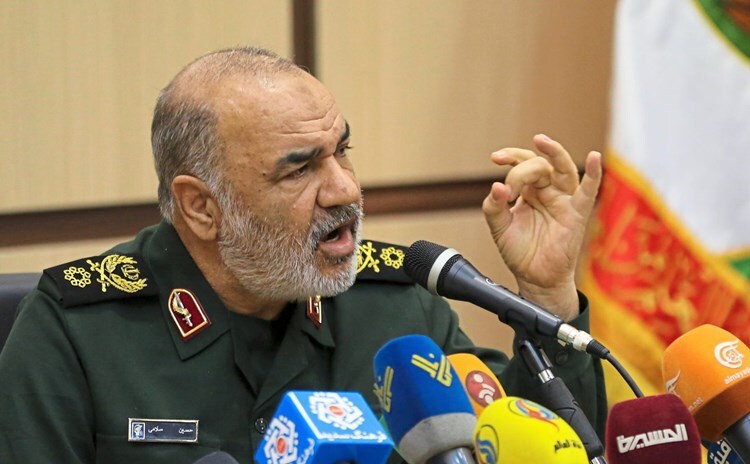 “The United States is in a financial crisis, and its military power is exhausted as a powerful resistance. Iran has driven it out of its strategic position within 40 years,” Salami highlighted.

“While the enemy has targeted the health, security, livelihood, religion and culture of the Iranians, their malicious plans will never be realized as the Iranian nation has chosen perseverance and tenacity in the face of all the maximum pressures” he added, pointing to the Iranian nation's awareness of the United States and its allies.

“This nation has never relied on the oppressive enemy, so, this is just the beginning” he added.

Elsewhere in his remark, he referred to the Basij Week, Major General Salami said that Basiji world view has no geographical limitations as it spread through the furthest points in the world.

“Basij discourse has escalated in Yemen, Lebanon, Syria and Iraq; it has even spread to Latin America and parts of Africa," he added.

Finally, he pinpointed the fact that “Today, the Basij is the pillar of reliance, trust and inner peace of the people because in times of crisis, such as floods, earthquakes and poverty, it is the Basij that is present among the people.”