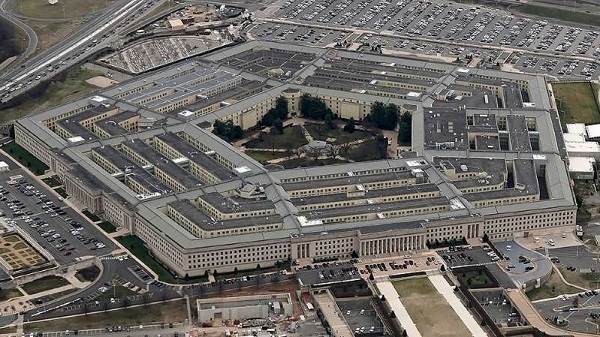 The Defeat-ISIS Task Force director resigned from his position at the Pentagon on Monday amid the continued post-election purge at the Department of Defense.

Task Force Director Christopher Maier’s resignation was accepted by acting Secretary of Defense Chris Miller, the Department of Defense said in a statement obtained by The Hill.

Maier is the most recent defense official to be fired or resign in the days after the election after the White House has cleared the Pentagon of several leaders including former Secretary of Defense Mark Esper.

"These changes recognize the success of the military fight to destroy the so-called physical caliphate of ISIS and reflect DoD's commitment to institutionalize efforts to counter ISIS and integrate efforts with allies and partners within our counterterrorism and regional policy offices,” the department said in the statement.

Maier’s responsibilities are being moved to offices led by Ezra Cohen-Watnick and Anthony Tata, who are considered Trump allies who were recently promoted, according to CNN.

Cohen-Watnick became the Pentagon’s top intelligence official while continuing as the acting assistant secretary of defense for special operations and low-intensity conflict. Tata, who did not get Senate confirmation for a department policy position, was moved to become the top policy official.

Trump fired Esper about a week after Election Day and replaced him with Miller.