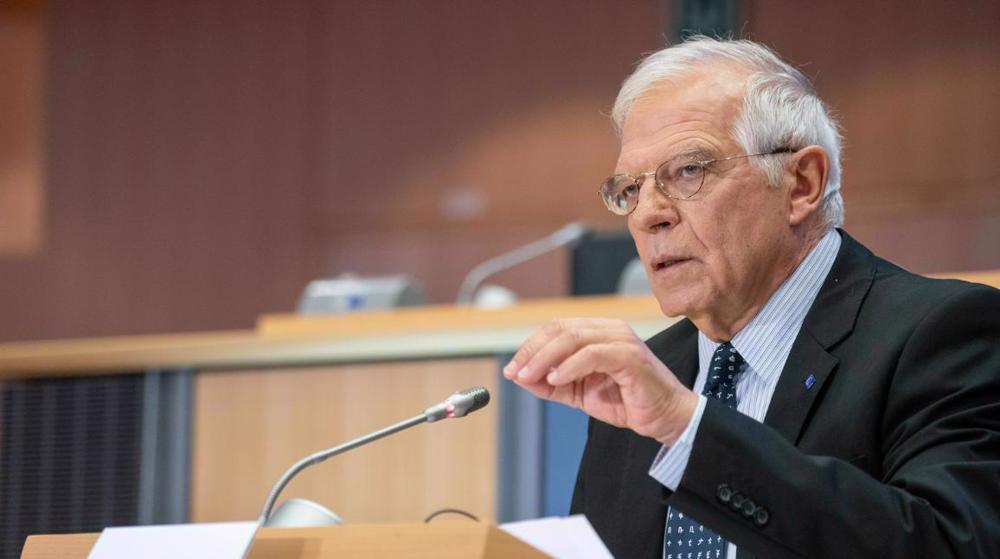 “This (the assassination) was a criminal act … I am sorry to say but this is not the way you are solving problems,” Borrell said at an online debate with his predecessors, Federica Mogherini and Javier Solana, dubbed “The EU in a changing world” on Tuesday.

Fakhrizadeh, the head of the Iranian Defense Ministry’s Organization of Defensive Innovation and Research, was targeted in a multi-pronged terrorist attack by a number of assailants in a small city near Tehran on Friday.

Iranian government officials and military commanders have hinted that the Israeli regime was behind the terror attack, vowing harsh revenge against all the criminals involved.

An informed source told Press TV on Monday that the remains of the weapon used in the Friday assassination show that it was made in Israel, adding that the weapon collected from the site of the terrorist act bears the logo and specifications of the Israeli military industry.