Wednesday, 02 December 2020_President Hassan Rouhani has reaffirmed Iran’s support for the Palestinian nation in pursuit of its legitimate aspirations, urging the international community to adopt decisive measures against the aggressive and inhumane policies of the occupying Israeli regime. 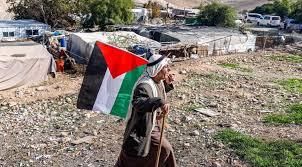 Rouhani made the remarks in a message to the United Nations General Assembly on Tuesday, on the occasion of the International Day of Solidarity with the Palestinian People.

He said that the oppressed Palestinian people have suffered under the Zionist regime’s occupation for more than seven decades.

Israel, he added, has also intensified its racist policies and organized crimes against the Palestinians through pushing ahead with the annexation scheme, killing the innocent and keeping up sanctions against the people of Gaza amid the coronavirus pandemic.

The Israeli occupation has brought about tragic consequences, among them more than five million Palestinian refugees, the expansion of settlements in the West Bank and Jerusalem al-Quds, the ethnic cleansing of the Palestinians and the cruel blockade of the Gaza Strip, Rouhani said.

Tel Aviv has further taken extensive measures to change the demographic and geographical status of occupied Jerusalem al-Quds by supporting the Zionist extremists in violating the Palestinians’ rights and the forcible eviction of non-Jewish people, he noted.

Such an approach, he said, is meant to Judaize Jerusalem al-Quds and destroy its historical and Islamic characteristics in order to fully occupy the Palestinian lands and prevent its people from returning to their homeland.