Tehran, YJC. Jahangiri has said that Iran will adopt a wise reaction to the recent US sanctions. 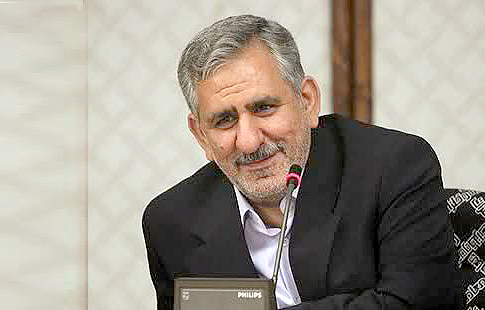 Speaking in the sidelines of a meeting with Iran’s governor-generals on Monday morning, First Vice President Eshaq Jahangiri said that Iran will take time to decide on a proper response to the recent US sanctions that have been rendered despite the Geneva deal on the country’s nuclear program.

This move fully runs counter to the process of the settlement of the nuclear issue, he added, according to IRNA.

Jahangiri reiterated however that Tehran is committed to continue the talks with G5+1.

His remarks came after Washington, once again, imposed a new wave of sanctions against Iranian companies and individuals despite the interim nuclear deal reached in November 24, 2013, between Tehran and the six major world powers.

The US Treasury Department said on Friday that the sanctions have targeted shipping firms, oil companies, airlines and six Iranian banks.

Last November, Iran and the world powers sealed a six-month Joint Plan of Action to lay the groundwork for the full resolution of the West’s decade-old dispute with Iran over its nuclear energy program. In exchange for Tehran’s confidence-building bid to limit certain aspects of its nuclear activities, the sextet of world powers agreed to lift some of the existing sanctions against Tehran and continue talks with the country to settle all problems between the two sides.

Due to disagreements over some fundamental issues the two sides agreed to extend the Joint Plan of Action by November 24.