Thursday, 03 December 2020_The administration of US President Donald Trump is reportedly seeking to persuade Saudi Arabia to open its airspace to Qatari flights and cut Iran’s overflight revenues, as it scrambles to deal yet another blow to the Iranian economy before leaving office. 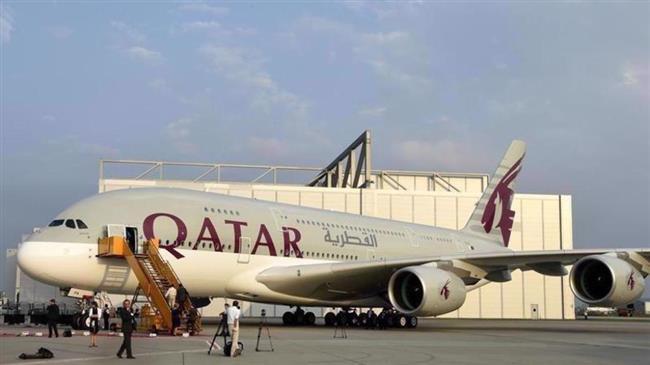 The New York Times said in a report published on Wednesday that Trump administration officials had held talks in Doha and Riyadh to help re-open Saudi Arabia’s sky for Qatar Airways, less than three years after the kingdom barred Qatari flights from its airspace in light of a diplomatic feud between the two neighbors.

“Meeting on Wednesday with Qatari leaders, Jared Kushner, a senior presidential adviser, and other White House officials raised the prospect of rerouting commercial flights from the Persian Gulf country through Saudi Arabia’s airspace instead of over Iran, according to a diplomat with knowledge of the discussions,” read the report.

“Two US officials also described a goal of Mr. Kushner’s diplomatic foray this week — which included a stop in Saudi Arabia — as seeking an agreement on the overflights issue,” it added.

The report claimed that the re-routing of the Qatari flights would cut some $100 million in annual revenue for Iran, which currently serves as the only corridor for Qatari aircraft out of the region.

Washington’s earlier attempts to persuade Qatar over the issues have failed as Riyadh and Doha remain locked in what is generally described as the Persian Gulf’s worst diplomatic dispute.