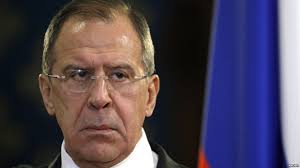 "We are consistent in pursuing our strategic initiative put forth by the Russian president - to create an economic, humanitarian and security space from Lisbon to Vladivostok," Lavrov said at a meeting with MGIMO students and professors.

"The common security space and equal and indivisible when everybody feels comfortable - NATO, the CSTO members, and those not intend to join any alliances, the so-called neutral countries, in compliance with their laws. These are Ukraine and Moldova," Lavrov said.

"When everybody feels comfortable it may be easy to solve many problems that lead to bloody clashes today. This is unreal in Europe of the 21st century. Unfortunately, it happens," he said.

"We call on them to look at the situation reasonably and honestly, over the Cold War stereotypes and show political will in order to stop accusations and start searching for agreement and balance of interests," he said.
Share to
Tags
NATO ، Russia ، Lavrov
Your Comment