Saudi nears agreement with Qatar as welcoming ‘gift’ to Biden

Saturday, 05 December 2020_Saudi Arabia and Qatar are reportedly close to reach a preliminary deal in a bid to resolve a dispute that has dragged on for three and a half years. 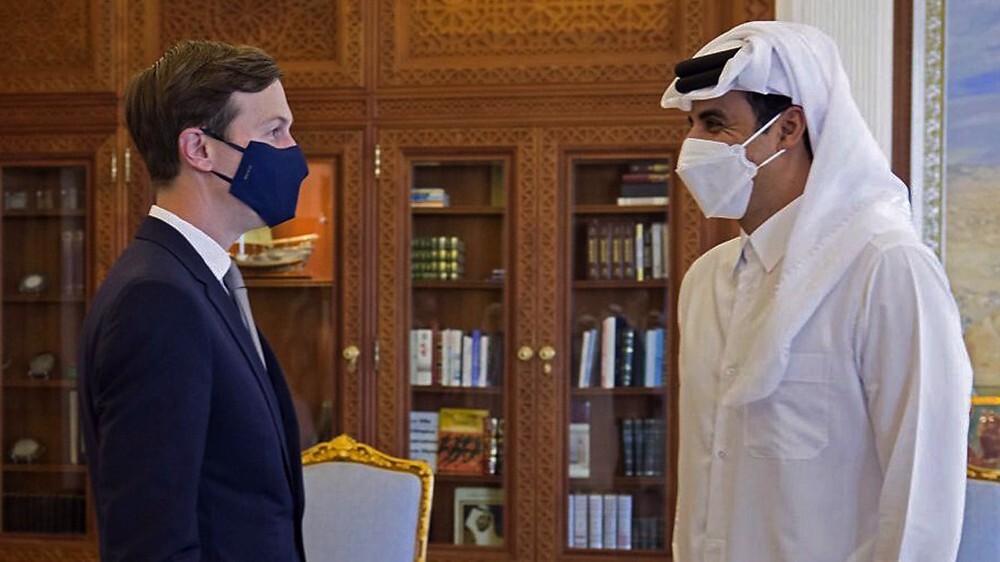 Speaking to NBC News on Friday, three informed sources reported a breakthrough in the latest discussions between Doha and Riyadh, mediated by Kuwait and the US.

The expected agreement comes after US President Donald Trump’s son-in-law and adviser, Jared Kushner, toured the region as part of a last-ditch effort to end the rift among the Persian Gulf countries, before the Trump administration leaves office in January.

The sources said the deal would hinge on Saudi Arabia allowing Qataris to resume flights through the kingdom’s airspace and Doha would, in exchange, drop pending international lawsuits against Riyadh.

In June 2017, Saudi Arabia, Bahrain, Egypt and the UAE severed diplomatic and trade relations with Qatar and imposed an air, land and sea embargo on the energy-rich state.

The Saudi-led quartet accused Doha of supporting terrorism, presented it with a list of demands and gave it an ultimatum to comply with them or face consequences.

Qatar, however, denied terrorism charges and refused to meet the conditions laid out by the boycotting bloc, stressing that the country would not abandon its independent foreign policy.

The blockade led Qatar to forge closer ties with Iran and Turkey in order to broaden its trade options or reroute its flights.

US media said last week that the Trump administration has raised the prospect of rerouting Qatari commercial flights from the Persian Gulf country through Saudi Arabia’s airspace instead of over Iran, seeking "to deliver a last blow to Iran’s economy before President Trump leaves office."

The rerouting would cut Iran’s overflight revenues as the country has served as the only corridor for Qatari aircraft out of the region after Saudi Arabia and at least three of its neighboring nations imposed the air, land and sea embargo against Qatar in 2017.