Amnesty accuses IS of 'systematic ethnic cleansing' in Iraq 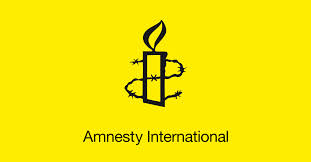 The military gains came as a senior UN rights official said IS jihadists had carried out "acts of inhumanity on an unimaginable scale" in Iraq, and caretaker premier Nuri al-Maliki vowed the country would be the group's "graveyard".

The London-based Amnesty meanwhile cited "hair-raising" accounts from survivors of massacres, accusing the jihadists of "war crimes, including mass summary killings and abductions".

"The massacres and abductions being carried out by the Islamic State provide harrowing new evidence that a wave of ethnic cleansing against minorities is sweeping across northern Iraq," said Donatella Rovera, the rights group's senior crisis response adviser currently in northern Iraq.

The Sunni radical IS has pressed a campaign of terror in areas under its control in Syria and Iraq, which it has declared an Islamic "caliphate," carrying out decapitations, crucifixions and public stonings.

The breakthrough at Amerli on Sunday was the biggest success for the Iraqi government since IS-led militants overran much of the Sunni Arab heartland north and west of Baghdad in June.

The United States carried out limited air strikes in the area during the operation, the first time it has expanded its more than three-week air campaign against IS beyond north Iraq.

Iraqi forces kept up the momentum on Monday, with Kurdish peshmerga fighters and Shiite militiamen retaking Sulaiman Bek, a town north of Amerli that had been an important militant stronghold.

"Within a few hours, we were able to clear the town completely," the commander of the Shiite Badr militia, Transport Minister Hadi al-Ameri, told AFP in Sulaiman Bek.

Fighters celebrated in the abandoned town, firing in the air, chanting anti-IS slogans and showing off a captured black flag of the group.

Security forces and Shiite militiamen later retook the nearby town of Yankaja from the militants, officials said.

- 'Graveyard' for jihadists -
=============================
Before the operation, the mainly Shiite Turkmen residents of Amerli were endangered both because of their faith, which jihadists consider heresy, and their resistance to the militants who had besieged the town for 11 weeks.

UN Iraq envoy Nickolay Mladenov had warned that they faced a "massacre".

Maliki visited Amerli on Monday, vowing that "Iraq will be a graveyard" for IS.

The government's reliance on Shiite militiamen in this and other operations risks entrenching groups which themselves have a history of brutal sectarian killings.

The United States said it had launched four air strikes in the Amerli area.

In doing so, it effectively supported operations involving militia forces which previously fought against US troops in Iraq.

David Petraeus, a former commander-in-chief of US-led forces in Iraq, has warned against America becoming an "air force for Shiite militias".

Australian Prime Minister Tony Abbott on Tuesday said "extreme force" was justified in battling IS militants, comparing them to the Nazis and communists.

The US air campaign continued on Monday, with American warplanes carrying out strikes against IS targets in the area of the strategic Mosul dam in northern Iraq.

Germany has announced that it will send anti-tank rocket launchers, rifles and hand grenades to support Kurdish forces.

German Chancellor Angela Merkel said Monday that an estimated 400 German nationals had travelled to Iraq and Syria to fight alongside jihadists, and that "we must fear these fighters could return one day".

These would include banning suspects who are British from returning to the UK, and enhanced police powers to temporarily strip departing suspects of passports.

The United Nations mission to Iraq said on Monday that at least 1,420 people were killed in August and 1,370 wounded.

It said these figures did not include Anbar province, west of Baghdad, acknowledging difficulties in verifying information from areas outside government control.

IS and its allies control a large swathe of northeastern Syria as well as territory in Iraq, and its rule has been marked by atrocities.

The 47-member UN Human Rights Council in Geneva unanimously agreed to send an emergency mission to Iraq to investigate IS atrocities.

Washington has said operations in Syria will be needed to defeat IS, but has so far ruled out any cooperation with the Damascus regime against the jihadists.
Share to
Tags
Amnesty International ، IS ، jihadists ، ethnic cleansing ، Iraq
Your Comment