Netanyahu: US took out the world’s most dangerous terrorist, Qassem Soleimani

Sunday, 06 December 2020 (YJC) _ In his Remarks at the Start of the Cabinet Meeting PM Netanyahu said US took out the world’s most dangerous terrorist, Qassem Soleimani. 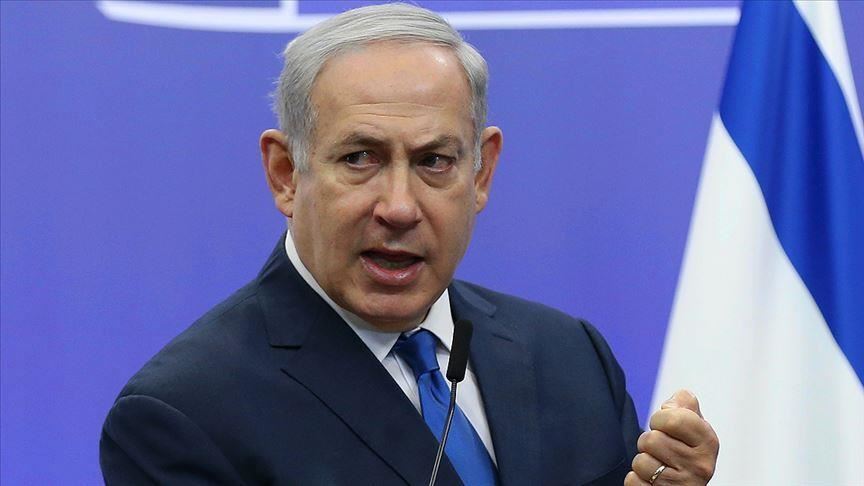 Remarks by Prime Minister Benjamin Netanyahu at the Opening of Today's Cabinet Meeting on the Third Anniversary of American Recognition of Jerusalem as Israel's Capital:

"President Trump, Donald, exactly three years ago, you became the first world leader to recognize Jerusalem as the capital of Israel.

Here is the proclamation you made that day.

It will now be prominently displayed on the wall of Israel’s cabinet room here in Jerusalem. It will be displayed alongside President Harry S. Truman’s 1948 proclamation recognizing the newly established State of Israel.

But Mr. President, that was only one of the many historic decisions that you have made during your presidency.

You recognized Israel’s sovereignty over the Golan Heights. You recognized Israel’s legitimate rights in Judea and Samaria. You proposed a realistic peace plan that acknowledges those rights and maintains Israel’s ability to defend itself. You forged the historic Abraham Accords, which ushered in a new period of peace that is dramatically changing the face of the Middle East before our very eyes, and rather than appease those who chant “Death to America" and "Death to Israel” in Tehran, you withdrew from the dangerous Iran nuclear deal, placed crippling sanctions on Iran and took out the world’s most dangerous terrorist, Qassem Soleimani.

That is why, Mr. President, as we mark today three years since your historic proclamation, we in Israel are deeply grateful for all you have done for Jerusalem, for Israel, for bringing peace and for bringing the US-Israel alliance to unprecedented heights.