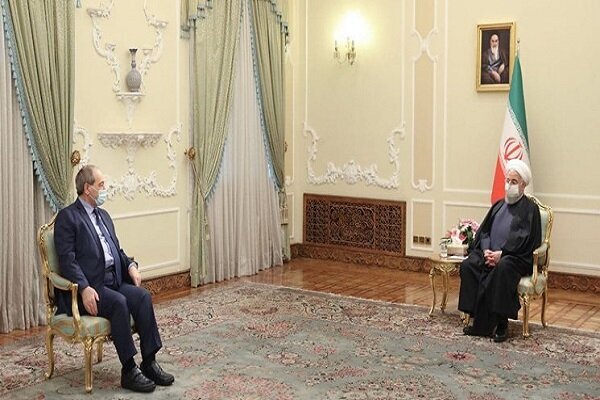 While expressing his condolences on the passing of former Syrian Foreign Minister, Walid Moallem, he said “Amicable and friendly ties between Tehran and Damascus founded after the victory of Islamic Revolution in 1979 during the late founder of the Islamic Revolution Imam Khomeini (RA) and the late Hafez Assad.”

“The fraternal ties between Iran and Syria continue to be strengthened by the officials of the two states” he said.

He then continued to assert “Islamic Republic of Iran will stand by the Syrian people and government wholeheartedly.”

“The country will continue its determination and will support Syrian government and people as a strategic ally and we will always stand by Syria until its final victory” he emphasized.

He, moreover, mentioned “confrontation with the Zionist occupiers and terrorism ‘a common goal of the two nations of Iran and Syria’.

In his turn, Syrian foreign minister, called Tehran-Damascus relations one of the most valuable political ties in the world and said, "We are of the opinion that other countries should learn how to build a real relationship and friendship and how this amicable tie can be continued strongly.”