Why I converted to Islam: Van Doorn

Why I converted to Islam: Van Doorn

TEHRAN, YJC. – Arnoud Van Doorn, former member of an anti-Islamic party of Netherland has given his reasons for conversion to Islam, and reactions by his co-partisans after his conversion, and Western accusations against Islam and his own recommendations to atheists.
The news about the conversion to Islam of Arnoud Van Doorn, former vice-chairman for Geert Wilders, famous Dutch anti-Islam politician, has great reverberations on the media.

Geert Wilders is famous for muslims through his PVV party notorious movie, Fitna, which has been commissioned against Prophet of Islam and Geerts had insulted Islam.

However, Mr. Arnoud, through studying Islamic sources, ultimately decided on conversion and posted in his Twitter page his ‘proclamation of his faith’ in Arabic and surprised everybody. 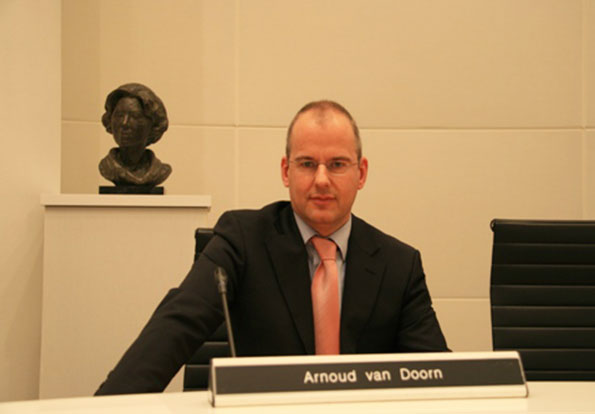 
Arnoud, 46, is a well-mannered and gentle individual, and believes that Islamophobia in Europe emanates from Western media and governments attempts to present a dark image of Islam, and if people in Europe knew how Islam was beautiful and wise, they would inevitably have been converted.

In an interview to MNA English service, Arnoud expressed his interest to travel to Iran and other Islamic countries. He said he was looking forward to see Isfahan, Shiraz, and Qum.

Question: If possible, first, let's talk a little about your reasons for accepting Islam. What happened that you’ve chosen to convert to Islam?

MNA: I have studied the Quran based on curiosity, starting about a year ago (after I left the PVV). Before that I’ve only heard negative stories about Islam. The more I was reading (also Sunnah, Hadith, etc.) the more I was convinced that the Islam is actually a beautiful and wise religion. I have had a religious education as a Christian, so I shared already a lot of values. It is easier to convert from a Christian to Islam then from a "non believer” because I was known with the profets, the angels and the  discipline that is necessary within any religion. 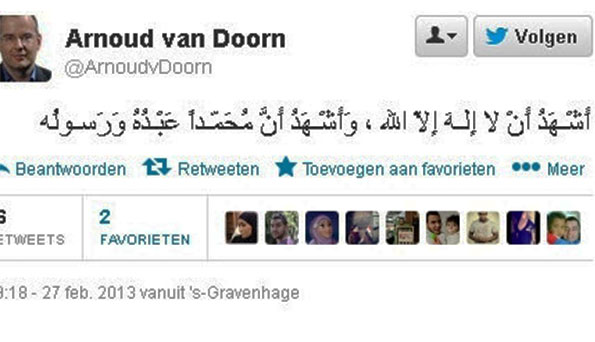 Twitts Arnoud posted after his conversion to Islam

MNA: You were a member of a party that is known to be an anti-Islamic party, and even a film was made against the Prophet by the party ordering. While it seems that such parties have not acquired an exact knowledge of Islam, why they have taken such a stance on Islam?

Van Doorn: I have never been "extreme right”, neither is the PVV in fact. But I had -like many people- prejudges about Muslims. Like they are all fanatics, oppressing women, intolerant and hostile against the Western society and violant. Wilders as a person is a friendly and amiable men. Some of his points like critics on the EU, the financial system, and the crisis are valid in my opinion. But I do not share his negative vision of the Islam and the Arabic World. It is stigmatizing all Muslims. Creating fear and polarising is an easy way to mobilise people, as it appeals on their "gut feeling”, prejudges and bias.

MNA: After converting to Islam, what was the reaction of your former co-workers in the party?

Van Doorn: I have not spoken with Geert Wilders since I left the PVV. I don’t know. I have had no feedback what so ever. As you leave the PVV you are basically "non excisting” anymore. Former colleagues are scared to have contact with me. It is not good for their career within the PVV if they do. (…)

MNA: If you were to invite a non-Muslim to Islam, what are the most important features that you would refer to?

Van Doorn: As I said before: study Islam, step over your prejudges, and you will see that the Islam is actually a beautiful and very pure religion, with a great history and high standards. We take care for each other in prosperity and adversity. It gives innerpeace and wisdom, and it deepends your spiritual live. Life is more than money and materialism (the typical "western success factor”). You will become a stronger and better person. 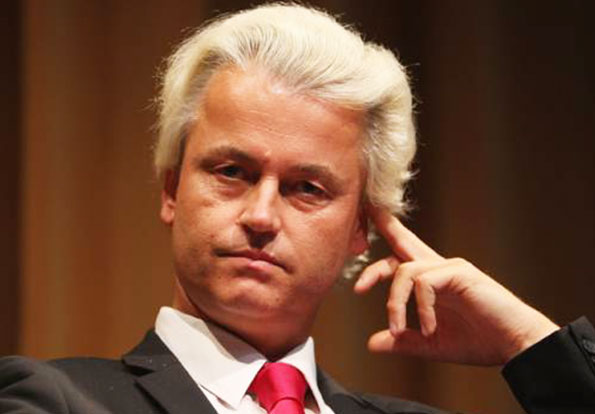 Geert Wilders, commissioner of Fitna, a movie against Islam
MNA: In the West, Islam is generally accused of promoting terrorism, anti-human rights issues or maltreatment of women. What is your response to these charges?

Van Doorn: Again: prejudgement is the cause, based on lack of knowledge. You can find fanatics in any religion, all over the world. Unfortunately the 1% fanatics are showed on tv and other newsmedia, and their influence is magnified. 99% of the Muslims is hardworking and  peaceable. If more people will study the true Islam, the more people will see the beauty of it.

MNA: What do you think about the reasons behind some efforts to promote atheism in the world and what is your advice to those who are hesitant between belief and disbelief?

Van Doorn: I can only guess. The Western influencials and most politicians don’t like religion in any form. The less people belief, the more people are depending of other values, like economy, money, consumption and material prosperity. Western industrials want people basically to consume, instead of searching for inner strength. "Spending and consuming” should by the standard for happyness. "Believers” are stronger and less dependent of those issues. It is not in the interest of politicians and other influencials that people should become more independent of them and develop other insights. This is also what I tell them who are hesistant between belief and disbelief.

I like to travel. I have been in Morocco (climbing the Toubkal in the snow), Algeria, Jordan and Egypt. I have friends in many countries. In june I am going to Iran accompanying a friend who is cycling around the world for 5 years. We will start at Shiraz, and we will cycle 2000 km across Iran into Turkey. I am looking forward to see Shiraz, Esfahan and Qom.

FM Spox. Rejected Allegations Made by the Zionist’s FM