Syria resolved to take back occupied Golan from Israel: Envoy

Thursday, 10 December 2020_A top Syrian diplomat has reiterated his country’s determination to retake the occupied Golan Heights from the Israeli regime. 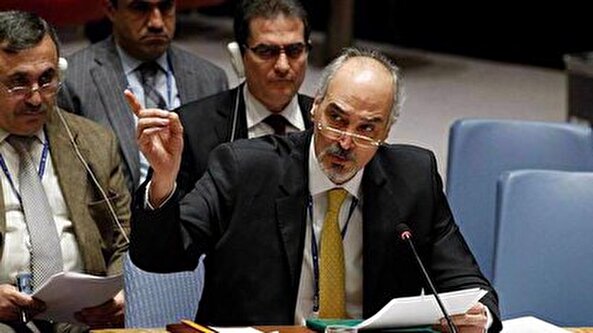 Bashar al-Jaafari, the permanent ambassador of Syria to the United Nations, slammed the US administration’s policies on the occupied Golan, and said they are no different from the British colonialism.

He pointed to the Israeli prime minister’s move to name an illegal settlement in Golan after US President Donald Trump, and said the move is part of an Israeli-American occupation.

“We believe in the power and capability of our people in the occupied Golan to confront Israel,” Jaafari said, speaking to the Lebanese TV channel al-Mayadeen on Wednesday.

He expressed the Damascus government’s support for Golan residents, stressing that the Syrian government is resolved to use all the channels secured by the international law in order to liberate the occupied territory of Golan.

The top diplomat said his country has already submitted “very important” letters to the UN and its Security Council on Tel Aviv’s moves in the occupied Golan Heights, and that his country speaks the language of law and logic at the United Nations.

In 1967, Israel waged a full-scale war against Arab territories during which it occupied a large swathe of Syria’s Golan Heights and annexed it four years later, a move never recognized by the international community.

In March 2019, US President Donald Trump signed a decree recognizing Israeli “sovereignty” over Golan during a meeting with Israeli Prime Minister Benjamin Netanyahu in Washington.