Saturday, 12 December 2020 _The US Supreme Court has rejected an attempt to nullify election results in four battleground states, delivering a blow to the legal campaign waged by President Donald Trump and his allies to overturn Democratic candidate Joe Biden's projected election win 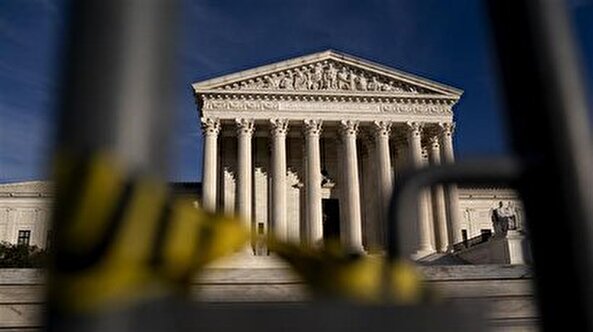 The Supreme Court ruling on Friday was a repudiation to Trump, as well as the 18 Republican state attorneys general and 126 House Republicans who had backed the Texas lawsuit, which was described as the most coordinated effort to overturn an election in recent American history.

The Supreme Court rejected the bid, ruling that Texas did not have legal standing to bring the case.

"Texas has not demonstrated a judicially cognizable interest in the manner in which another state conducts its elections," the court said.

Texas Attorney General Ken Paxton filed the lawsuit at the Supreme Court on Tuesday, asking the justices to throw out the voting results in the four states over their expanded use of mail-in voting during the COVID-19 pandemic.

"Presently, evidence of material illegality in the 2020 general elections held in Defendant States grows daily," the charged the Texas suit.

“Texas’s request to disenfranchise tens of millions of voters who reasonably relied upon the law at the time of the election does great damage to the public interest,” Pennsylvania argued in a response filed Thursday afternoon. “Nothing in the text, history, or structure of the Constitution supports Texas’s view that it can dictate the manner in which four sister States run their elections, and Texas suffered no harm because it dislikes the results in those elections.”