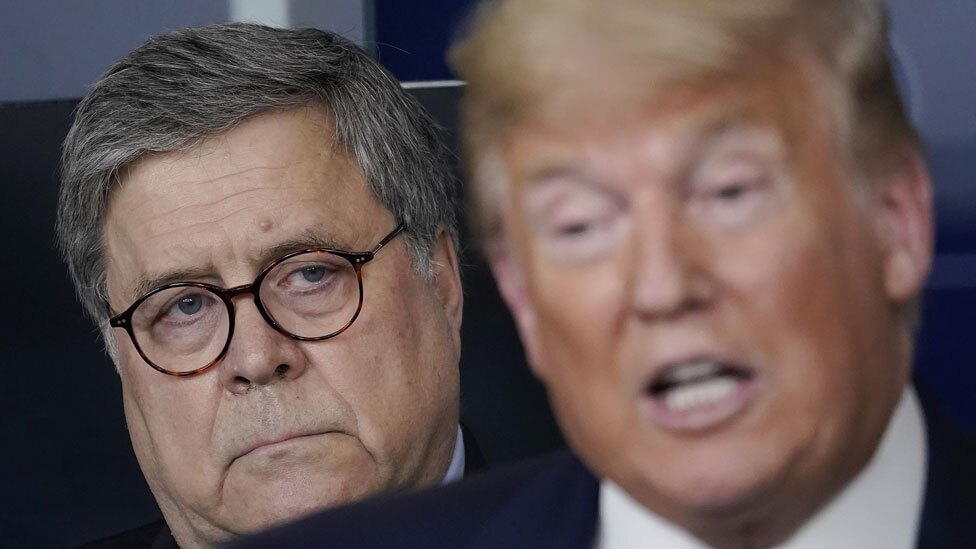 US President, Donald Trump has blasted his attorney general Bill Barr as a “big disappointment” over the Hunter Biden tax probe.

Mr Barr was aware of  a federal investigation into the president-elect’s son for a year but worked to keep it quiet during the election, according to the Wall Street Journal.

Mr Trump made Hunter Biden’s foreign business dealings a central theme of his re-election campaign in an effort to tarnish his White House opponent’s reputation.

And the outgoing president now appears furious that Mr Barr did not politicise the investigation and allow Mr Trump to use it to his advantage.

Mr Trump took to Twitter on Saturday to take a shot at Mr Barr.

He was responding to a tweet from a supporter who wrote that if Mr Barr had “kept it quiet” then he “should be fired by the end of business today.”

And Mr Trump went on to allege that once in the White House Mr Biden would make sure the investigation into his son was dropped.

“IF Biden gets in, nothing will happen to Hunter or Joe,” he tweeted.

“Barr will do nothing, and the new group of partisan killers coming in will quickly kill it all. Same thing with Durham.

“We caught them cold, spying, treason & more (the hard part), but “Justice” took too long. Will be DOA!”

Mr Trump has refused to concede his election defeat to Mr Biden and on Friday, the Supreme Court unanimously rejected taking a controversial election case filed by the Texas attorney general.