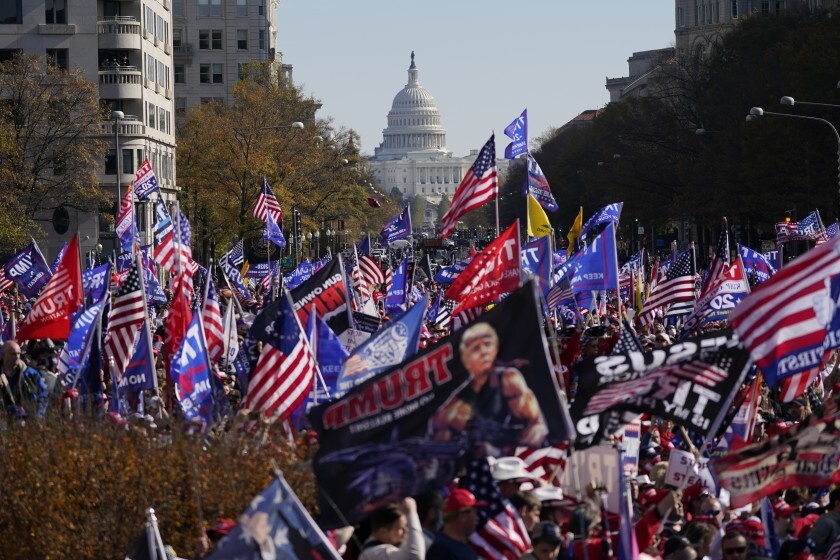 Backers of President Trump descended on Washington, D.C., Saturday in another sign of support for the president who has come up short in his efforts to overturn the results of the 2020 presidential election.

Supporters with Trump flags and hats were gathering at Freedom Plaza near the White House chanting "Four More Years" to urge Trump to keep on fighting for election integrity. Organizers of the Women for America First rally were expecting 15,000 participants for the rally and march to the Supreme Court.

Trump, who is scheduled to fly to New York Saturday to attend the Army-Navy football game at West Point, appeared to be pleasantly surprised by another show of support in the Democratic stronghold of D.C.

"Wow! Thousands of people forming in Washington (D.C.) for Stop the Steal. Didn’t know about this, but I’ll be seeing them! #MAGA"

It's not clear how Trump plans to see the rally, but the commander in chief is scheduled to leave the White House in the noon hour to head to Joint Base Andrews for his Air Force One flight to West Point.