Sunday, 13 December 2020_Azerbaijan says four of its servicemen have been killed in an attack by Armenian troops, in the first report of casualties since a Russian-brokered ceasefire accord ended a 44-day war last month. 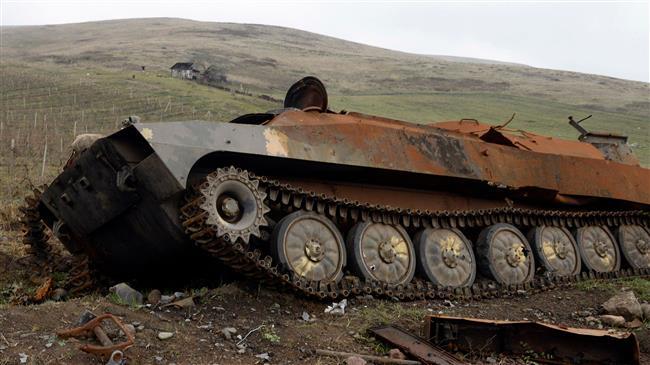 The government said the attack, which also left two Azeri servicemen wounded, had taken place in Hadrut which Azerbaijan took back from Armenian occupation recently.

The casualties are the first since the war ended on Nov. 10, with Azerbaijan retaking all its territories outside Karabakh and some parts inside the currently Armenian-populated region.

Authorities in Armenia said six of their troops had sustained injuries in the attack, which the Armenian defense ministry claimed had been mounted by the Azerbaijani army.

Azerbaijani’s President Ilham Aliyev reacted to the claim by accusing Armenia of starting the new clashes in a bid to re-occupy Hadrut and threatened to counter Yerevan’s forces with an “iron fist.”

“Armenia shouldn’t try to start it all over again,” Aliyev said during a meeting with top diplomats from the United States and France in Baku.

“It must be very cautious and not plan any military action. This time, we will fully destroy them. It mustn’t be a secret to anyone.”

The Russian defense ministry, which has deployed peacekeepers to the region, confirmed the clashes. "One case of ceasefire violation was reported on 11 December in the Hadrut district,” it said.

A spokesman for the Russian peacekeeping forces confirmed “exchanges of fire with automatic weapons,” and told the Ria Novosti press agency that requests to respect the ceasefire had been sent to both warring sides.

Azerbaijan’s defense ministry announced later in the day that the ceasefire was being observed after “provocative actions” by Armenian forces.

"The Armenian side committed provocative actions in the liberated territories of Azerbaijan, which were accompanied by a violation of the ceasefire. The Armed Forces of Azerbaijan have taken adequate retaliatory measures. Currently, the ceasefire regime is being observed," the ministry said in a statement posted on its site.