Sunday, 13 December 2020_Iran has reiterated its previous call for finding a political solution to the five-year war Saudi Arabia has waged on Yemen, with the Iranian foreign minister’s senior assistant on special political affairs saying that the country's Yemen initiative is still on the table. 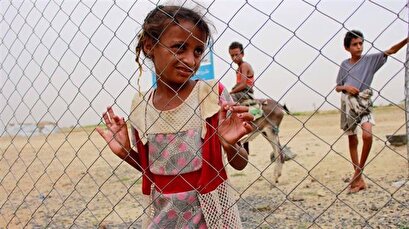 In an exclusive interview with Yemen’s Arabic-language al-Masirah news channel on Sunday, Ali Asghar Khaji said since the beginning of the military aggression against Yemen, the Islamic Republic of Iran has emphasized that the crisis only has a political solution.

"That is why Iran presented a four-point plan," he added.

Khaji was referring to a plan, submitted by Foreign Minister Mohammad Javad Zarif to the then-UN Secretary-General Ban Ki-moon in April 2015, which was an early attempt by Iran to end the bloodshed in the impoverished country.

The plan, which was presented in four provisions, included the cessation of all foreign military attacks in Yemen, swift transference of humanitarian aids, resumption of national-Yemeni talks, and formation of a comprehensive unity government.

Elsewhere in his remarks, Khaji said while six years have passed since the beginning of the military aggression, not only the aggressors have failed to achieve their goals, but also the Yemeni people have managed to change the balance of power in their own favor.

He emphasized that the war on Yemen has created the worst humanitarian crisis of the century, causing a famine as well as killing thousands of women and children.