Trump vows election challenges ‘not over’ yet

Sunday, 13 December 2020_US President Donald Trump reiterates that his legal battle to overturn the results of the November 3 presidential election is not yet over. 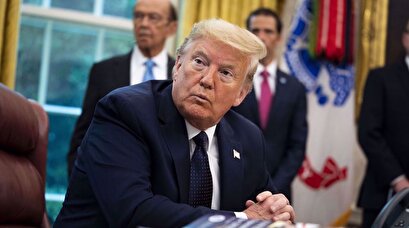 Trump has relentlessly promoted claims that the election was riddled with fraud and that he could not otherwise have lost to his Democratic challenger, Joe Biden.

His campaign has mounted multiple legal challenges in key swing states in an attempt to overturn the results. Most of the lawsuits have been rejected in courts.

The Supreme Court on Friday delivered yet another blow to the Trump campaign when it rejected a long-shot Texas lawsuit seeking to toss the results in four battleground states.

In an interview with “Fox & Friends Weekend,” the president was asked whether his challenges to election results were over after the Supreme Court’s decision.

“No, it's not over. We keep going and we're going to continue to go forward,” Trump insisted.

Trump lashed out at Brian Kemp, the Republican governor of Texas, for refusing to overturn Biden’s victory in his state. The president also accused the governor of harming Republican Senators Kelly Loeffler and David Perdue in their January 5 runoffs for the Senate.