Tuesday, 15 December 2020_Restaurant owners and workers across New York City are fearing for their livelihoods after indoor dining was again banned across the city on Monday, as the mayor, Bill de Blasio, warned of the possibility of a “full shutdown”. 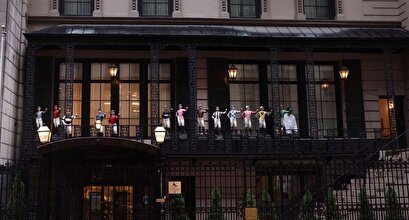 In a significant setback for the city’s struggling restaurant industry, eating inside will be suspended for at least two weeks amid soaring Covid-19 cases and hospitalisation rates.

300,000 Americans have died from Covid-19. This is the tragic story in numbers
Read more

“We have to make heartbreaking phone calls to 16 employees, and they’re going to be in limbo,” John Winterman, co-owner of Francie, a brasserie in Brooklyn, told the New York Times. “Which, in professional terms, sucks.”

It also comes as the city prepares for its biggest snowstorm in five years, expected to arrive on Wednesday.
Advertisement

New York’s governor, Andrew Cuomo, announced on Friday that he was reversing the decision to allow 25% capacity indoor dining – which has been in place since 30 September, following a six-month shutdown – saying it was “one of the few areas that we think we can actually make a difference”.

Speaking on Monday – when Queens ICU nurse Sandra Lindsay became the first American to get vaccinated – De Blasio said there could be more restrictions to come.

“There’s the potential of having to do a full pause, a full shutdown, in the coming weeks, because we can’t let this kind of momentum go,” he told CNN.

“We’re seeing the kind of level of infection with the coronavirus we haven’t seen since May and we have got to stop that momentum – or else our hospital system will be threatened.”

According to the state’s contact tracing data, released on Friday, restaurants and bars contribute to comparatively few – 1.43% – of known exposures to the virus. It found that private household gatherings, meanwhile, accounted for 74% of infections.

But Cuomo said the combination of a caution from the Centres for Disease Control and Prevention (CDC) on indoor dining and the rate of transmission, density and crowding of New York city, was contributing to a “bad situation”.

“The hospitalizations have continued to increase in New York City. We said that we would watch it. If the hospital rate didn’t stabilise we would close indoor dining and it has not,” he said.