President Rouhani: Those seeking sanctions should leave the delusion of beating Iran

Tuesday, 15 December 2020 (YJC) _ Iranian President said those who are seeking sanctions should leave the delusion of beating Iran. 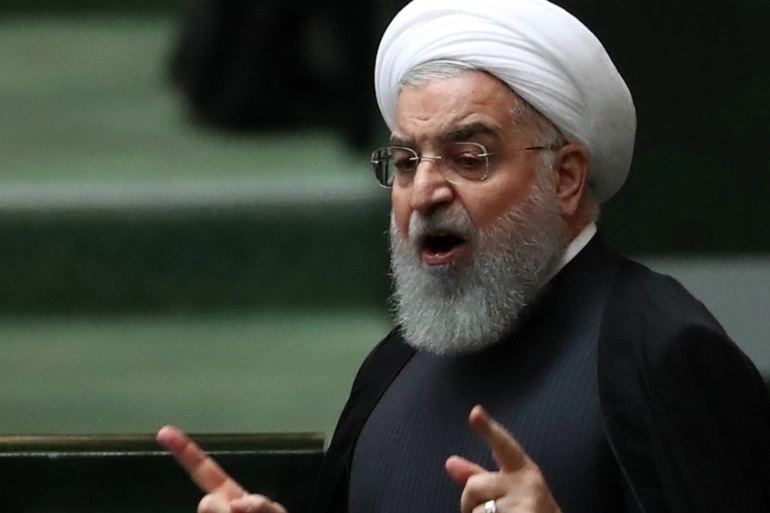 Speaking at the session of the government's Economic Coordinating Headquarters on Tuesday, Iranian President, Hassan Rouhani, said those who are seeking sanctions should leave the delusion of beating Iran.

He hailed Iranian’s resistance against the US’ economic terrorism saying that “those seeking sanctions should leave the delusion of bringing the Iranian nation on their knees by such means.”

"The resistance of the Iranian people against the pressure of sanctions and Trump's full-scale economic war against them revealed great realities to the world, especially to all the ill-wishers of Iran,” Rouhani said.

He, moreover, emphasized the fact that “Trump was not aware of the Islamic Republic of Iran’s capabilities at all, and he acted on the basis of his illusions.”

Elsewhere in his remarks, Rouhani said, "I advise all those who seek to defeat Iran through measures such as sanctions to leave such wrong and failed approach forever."

Share to
Related News
Iranian lawmakers condemn US sanctions
Elliott Abrams: ‘There is no reason to make all sorts of concessions to Iran’
US sanctions block Iran’s purchase of COVID-19 vaccine: CBI governor
Netanyahu: US took out the world’s most dangerous terrorist, Qassem Soleimani
United States Imposes New Sanctions on an Iranian Group
Tags
president rouhani ، Iran ، US ، sanctions
Your Comment