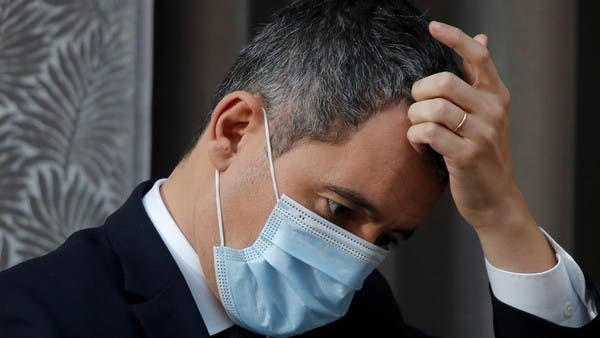 French Interior Minister Gerald Darmanin was questioned by judges on Monday over rape allegations that prompted outcry from women's organisations when he was appointed the country's "top cop" in July.

The right-winger's lawyers told AFP he had spoken to two investigating magistrates "at his own request" over accusations of rape, sexual harassment and abuse of trust.

Darmanin has been the focus of protests against President Emmanuel Macron's centrist government in recent weeks, as the government introduced a bill that could criminalise sharing images of police -- even as video footage uncovered officers beating a black music producer and violently evicting migrants camped on a central Paris square.

A woman has accused Darmanin of raping her in 2009 after she sought his help to have a criminal record expunged while he was a legal affairs adviser with the UMP, the predecessor of France's main right-wing party, the Republicans.

"I'll help you" but "you'll have to help me as well," Darmanin said, according to her account.

He maintains they had consensual sex, but the allegations prompted feminist groups to picket his public appearances during his first weeks as interior minister.

The case has been thrown out multiple times, but in June appeals judges in Paris ordered a new investigation after Darminin's accuser approached France's highest court.

For now, he is being questioned as a witness rather than a suspect, but he could yet face criminal charges if judges find "serious or consistent evidence".

He has filed his own lawsuit for defamation of character.

"You have to realise what it means to be wrongfully accused, to have to explain to your parents what happened, because it's true that I had a young man's life," Darmanin told a regional daily in July.

The minister's lawyers Mathias Chichportich and Pierre-Olivier Sur said that he would "continue to be at judges' disposal" for potential further questioning.