Tuesday, 15 December 2020_Somalia has announced it is cutting diplomatic ties with neighboring Kenya over what it said was Nairobi’s interference in its political affairs. 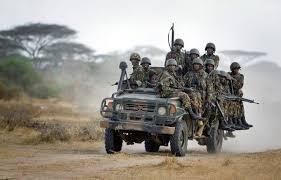 “Somalia calls back all its diplomats from Kenya and orders Kenyan diplomats to leave Somalia within seven days,” the state new agency quoted Somalia’s Information Minister Osman Dube as saying on Tuesday.

Dube said the government’s decision had come in response to “the constant political violation [of] and Kenya’s open interference in Somalia’s independence.”

The minister did not provide specific details on the alleged interference.

The announcement comes as Kenya hosted the leadership of the internationally unrecognized breakaway republic of Somaliland — which considers itself independent from Somalia.

Last month, Somalia expelled Kenya’s ambassador and recalled its envoy from Nairobi, accusing its neighbor of meddling in the electoral process in the semi-autonomous Jubaland State.