Wednesday, 16 December 2020_Bahrain has opened a consulate in Moroccan-controlled Western Sahara, as US President Donald Trump agrees to recognize the North African country’s sovereignty over the disputed territory as part of a normalization agreement between Rabat and the Israeli regime. 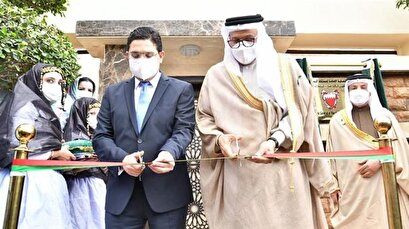 During a ceremony in the coastal city of Laayoune on Monday, Bahraini Foreign Minister Abdullatif bin Rashid al-Zayani and his Moroccan counterpart Nasser Bourita opened the mission.

Bahrain’s official news agency BNA quoted al-Zayani as saying that the opening of the consulate constitutes a “historic stage” in the Persian Gulf kingdom’s strong relations with Morocco.

The United Arab Emirates (UAE) was the first Arab state to open a diplomatic mission in Laayoune in October.

Morocco, in a deal brokered by Trump’s outgoing administration, became the fourth Arab state this year to strike a normalization deal with Israel, following the UAW, Bahrain and Sudan.

As part of the agreement with Morocco announced last week, Trump agreed to recognize Morocco’s sovereignty over Western Sahara.

Algeria, however, rejected Trump’s stance, saying the step would undermine efforts to end the decades-long conflict over the desert territory.

The Algerian Foreign Ministry said the US decision “has no legal effect because it contradicts UN resolutions, especially UN Security Council resolutions on Western Sahara.”