President Rouhani: Iranians' resistance will make US give up sanctions

Thursday, 17 December 2020_President Hassan Rouhani says he is confident that the next US administration will abandon its sanctions policy against the Iranian people and will bow under their “national power” and resistance. 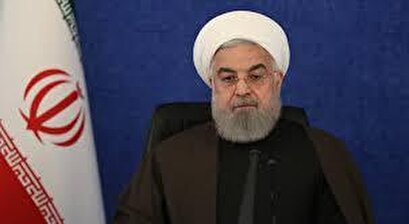 He made the remarks on Thursday in a ceremony held to inaugurate a number of Interior Ministry’s developmental plans.

Stressing the importance of maintaining national unity in the ranks of the Iranian nation, President Rouhani said, “It is this national unity that engenders national power for us and forces the enemy to bow down in the face of the people’s rights,” he said.

“I am confident that the heroic steadfastness of the Iranian nation will make the next US administration genuflect in the face of the people. This steadfastness will force them to return to their commitments [under the 2015 nuclear deal with Tehran] and will create cracks in sanctions” the president noted.

The now-outgoing administration of US President Donald Trump returned the sanctions that his predecessor Barack Obama had lifted under an international and historic nuclear accord between Iran and world powers. Trump reinstated the bans after bucking against the nuclear deal, which is officially known as the Joint Comprehensive Plan of Action (JCPOA).

The US president-elect Joe Biden has expressed a willingness to return his country to the JCPOA, something that Iran says should be done without precondition given the inhumane and illegal nature of his predecessor’s actions targeting the nuclear deal and the Iranian nation.