Thursday, 17 December 2020_Foreign Minister Sergei Lavrov says Russia has sent 100,000 tonnes of wheat in humanitarian aid to Syria since the beginning of this year. 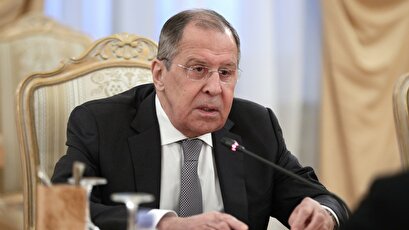 Lavrov said during a briefing on Thursday that Moscow plans to ship more in coming weeks and months.

Russia, one of the world's largest exporters of wheat, has been supporting Syria in its efforts to ease the food shortage in the Arab country.

In October, Syria’s economy minister said his country needed to import between 180,000 tonnes and 200,000 tonnes of wheat a month. He blamed the shortfall on Western-backed militant groups preventing farmers from selling their wheat to the state.

"In terms of goals of rebuilding the Syrian economy, we have already had very significant decisions taken in recent weeks that will significantly enhance Syria's ability to organize (this) work in a systematic manner," Interfax quoted the top Russian diplomat  as saying.