Zeinab Soleimani on her father’s assassination 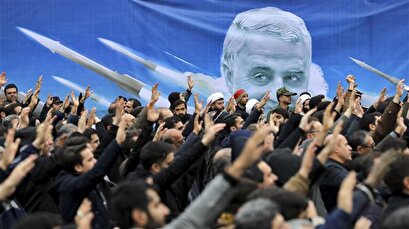 His assassination had nothing to do with a threat by Iran or him to US national security.

It had everything to do with his success in combating US-supported Daesh and likeminded terrorist groups.

Days after Trump’s crime against humanity, he defied reality with the following Big Lie, saying:

“Soleimani was actively planning new attacks, and he was looking very seriously at our embassies, and not just the embassy in Baghdad (sic),” adding:

Separately, Trump claimed that he ordered Soleimani’s assassination “because (he was) looking to blow up our (Baghdad) embassy (sic).”

He provided no evidence of a Soleimani threat. None existed then or by anyone in Iran or elsewhere now.

All US claimed threat to its national security are invented, not real.

Trump’s false claim about acting in self-defense because of an “imminent” threat fooled no one.

Pompeo repeated his Big Lie. Claiming the Trump regime targeted General Soleimani for elimination because he and Iran threatened US regional interests turned truth on its head.

Last January, he was in Baghdad on a diplomatic peace mission.

He was and remains widely respected and revered in Iran, other regional countries and elsewhere.

He was a renowned freedom fighter for regional peace and stability — his mission polar opposite endless US wars of aggression against nonthreatening states.