Thursday, 17 December 2020_Syria’s deputy foreign minister has strongly criticized certain Western countries for turning the UN Security Council into a tool to serve their political agendas, saying those countries have been seeking to foment the crisis in his country. 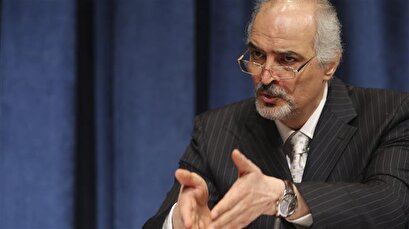 Bashar al-Jaafari said in a statement during a Security Council session on the situation in Syria via a video link that some Western states have sought to repeat in Syria their catastrophic scenarios, which had been applied in other countries under fake titles and terms.

“Syria has long lived with the failure of the Security Council to deal with issues that pose threat to ... peace and security in our region and the world, on top, those related to the Israeli occupation of Arab lands,” Jaafari said, according to Syria’s official news agency SANA.

He added that the Western countries that have intensified the crisis in Syria and obstructed settlement efforts still continue to undermine the task of the UN Security Council.

The Syrian diplomat said certain countries have denied for years the existence of cross-border terrorism in Syria, while many others have even denied the presence of the Daesh terrorist group in the Arab country.