Corners cut by saudi Aramco has affected safety of employees

Friday, 18 December 2020_In 2017, Alwyn Whitcher took a job with Saudi Aramco, the kingdom's oil giant. Three years later, the South African engineer was buried in a landfill-like site after he died of COVID-19. His wife, Kareen, says that the Saudi oil company denied Alwyn medical treatment when he first fell ill with the deadly virus in June. In her words, "If they had treated him properly early on, or sent him to a proper hospital, I’m convinced he would have survived." 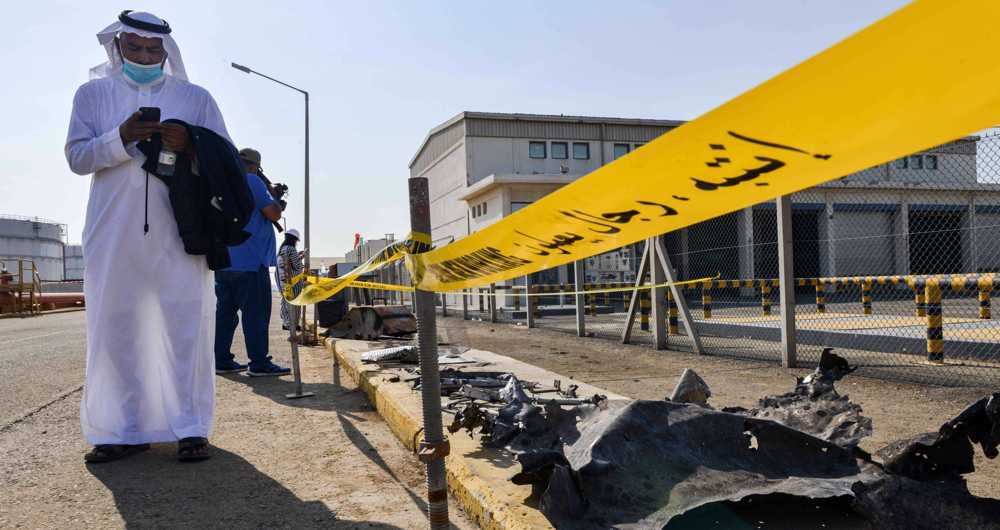 Critics say that the tragic story of Alwyn Whitcher is rather common at the world’s largest energy company and the backbone of the kingdom's economy.

Whistleblowers, mainly former employees at Aramco, say the Mecca for oil engineers is not what it is made out to be. For years, many foreigners were eager to work at Aramco with its high salaries and big bonuses.

They say that bullying and mistreatment of expatriates, mismanagement and racism are the current realities on the ground.  The Company has laid off hundreds of foreign workers, restricted overtime pay and holiday leave.  Insiders say they have to work more for less. As a result of the coronavirus pandemic, Saudi Aramco has had to cut corners.  This has affected the safety of the employees.

According to a current worker at the company's  Jizan refinery project, who spoke to the Financial Times on condition of anonymity, "The way it is going, this refinery runs a real risk of becoming Saudi Arabia’s Piper Alpha," referring to the 1988 disaster that killed 167 workers on a North Sea oil rig. "There’s been a multitude of sins. People have been pressured to sign off work without the proper systems checks. It’s got inherent issues that have been covered up or patched over that pose a real safety risk."

With Aramco, which is I said one of the richest companies in the world! You know this is 'terror button' shows that their priorities are misplaced. And of course also indicates they are under a lot of pressure to meet deadlines through having, you know, serious reduction in the amount of money they have. And of course they're being pressured by the Crown Prince and other Saudi officials to get rid of foreign workers and to nationalize their economy. But in the rush to do so they are taking risks and these people are not necessarily skilled. And, and of course they don't like criticism, so like many other people in countries they think they know everything but that is not the case, especially when you're dealing with a highly technical and dangerous industry like the oil extraction industry.

"Saudisation" of the kingdom's workforce

Some say the mistreatment of the expatriates at Saudi Aramco is a result of the Saudi Crown Prince's "Saudisation" of the kingdom's workforce. In 2019, youth unemployment was above 30 percent.

In 2016 Mohammad Bin Salman told the Economist "There are 10 million jobs that are being occupied by non-Saudi employees [in the kingdom] that I can resort to at any time of my choosing." This obvious change of attitude towards expats has undermined their safety at work.

In Aramco, which is, you know, the first or second richest company in the world, you would think that they will be able to look after their workers, in the past they have, but there's guess this a series of problems that Aramco is facing. One is the severe decline in the price of oil. Secondly, you have the Saudisation  program from the crown prince who wants to hire more Saudis and get rid of like as much as 10% of this foreign workforce each year, which is an a good goal, but they're trying to do it too quickly. And it's creating problems because the people aren't qualified to do the job and they're in a rush to please their employers and the facility at Jizan was supposed to be finished in 2016, It was not.

The Jizan refinery, Aramco's mega project started in 2012, is a case in point.  Whistleblowers say the project has been beset with problems such as subsidence of foundations and cracks in the refinery structure which can be highly dangerous for those working there.

According to another worker at Saudi Aramco, "I truly never believed that coming to Saudi Arabia to work for the world’s biggest oil & gas producer to help them construct a refinery the magnitude of Jizan could end so badly."