Iran and Pakistan have inaugurated the second official border crossing for the transfer of goods and passengers. 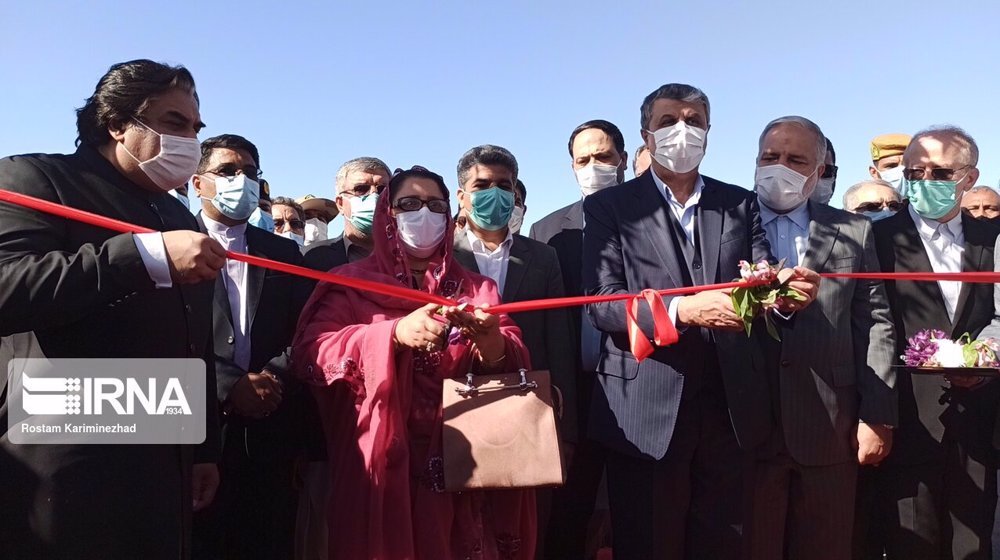 The border point opened during a ceremony on Saturday, with Iran’s Minister of Roads and Urban Development Mohammad Eslami and the Pakistani Minister for Defense Production Zubaida Jalal attending the event.

The Rimadan border crossing has a capacity for exporting and importing goods and transporting Pakistani pilgrims and tourists.

The border’s 70-kilometer distance with Gwadar port also enables Pakistani citizens to reach Iran’s strategic Chabahar port, from where they can travel by plane or train to Iran’s religious cities and tourist sites.

The connection of the Rimadan border with Pakistan’s Karachi port would pave the way for linking China and Southeast Asian countries to Eastern Europe.

In an interview with IRNA news agency, Iran's Ambassador to Pakistan Mohammad Ali Hosseini said there was only one crossing, Mirjaveh-Taftan, on the 900-kilometer border between the two neighboring states.