Greek FM Dendias: US sanctions against Turkey will become apparent over time 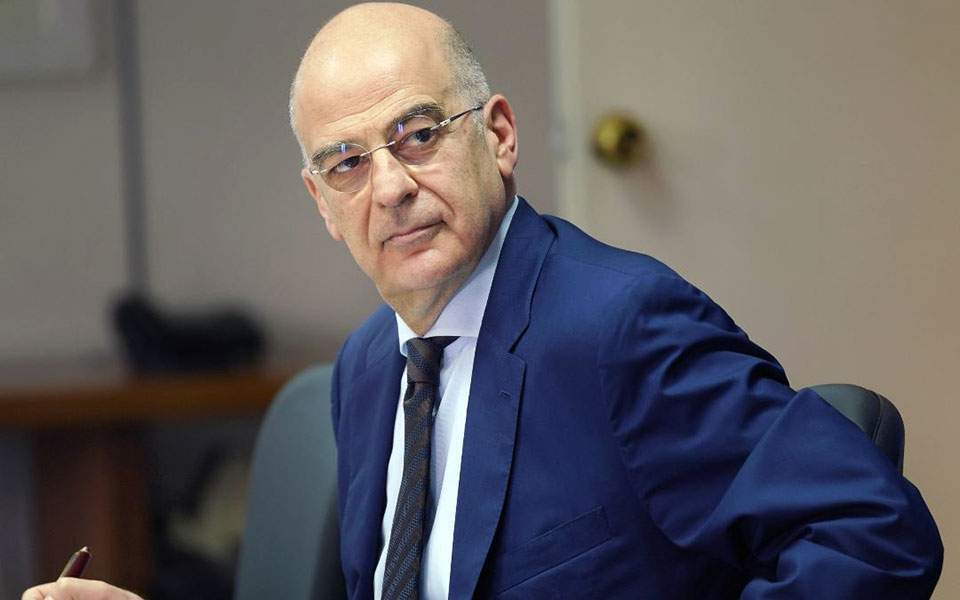 The European Union's power of resolution is slow-moving, said Foreign Affairs Minister Nikos Dendias on the conclusions of the most recent European Council summit in Brussels, speaking to Parapolitika newspaper on Saturday.

All this is "a first step," he pointed out, "even though the government never said it suffices."

Commenting on what he called the attitude of some European countries who say that imposing an arms exports embargo to Turkey would undermine NATO's cohesion, he said that contrary to that belief came the US sanctions against Turkey, one day before the latest European Council meeting, on the premise that its procurement of arms is to the detriment of NATO's security.

The effect of US sanctions against Turkey will become apparent over time, and is "a loud and clear message." The last time the US imposed any sanctions against Turkey was in 1974, after the Turkish invasion of Cyprus, noted the minister. This latest decision by the US is a confirmation, a practical realization of what US State Secretary Mike Pompeo had recently said at the NATO summit of foreign ministers, that Turkey is openly undermining the stability and the cohesion of the NATO alliance.

Greece-US relations are at a stage never before reached so successfully, said Dendias, adding that talks on the new strategic cooperation agreement between the two countries are already underway.

"We are looking forward to a deeper involvement of the US in the Eastern Mediterranean region, as this would undoubtedly contribute to regional peace and stability," he concluded.