Sunday, 20 December 2020_US President-elect Joe Biden's transition team has expressed frustration over resistance to their requests for information from political appointees at the Pentagon, complaining of “an abrupt halt in the already limited cooperation." 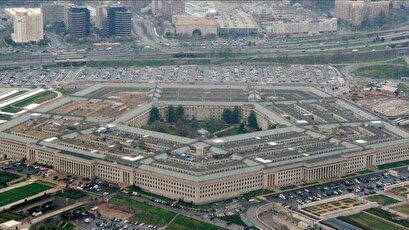 Executive director of the transition team, Yohannes Abraham, told reporters on Friday that Biden agency review teams at the US Department of Defense learned Thursday of meetings “being pulled down" and immediately reported it, demanding prompt resumption of the meetings and requests for information.

“We were concerned to learn this week about an abrupt halt in the already limited cooperation there,” Abraham stated, further insisting that “a failure to work together can have consequences well beyond January."

The Pentagon, however, offered a different version of events in a Friday statement, noting that there was a “mutually-agreed upon holiday pause” that begins on Saturday.

Acting Defense Secretary Chris Miller further asserted in the statement that some meetings have been rescheduled but none have been canceled or refused, saying the department and the transition team had agreed to a two-week pause in discussions over the December holiday period.

But Abraham underlined no such agreement existed, and that he expects Pentagon officials to reverse the decision.

“Let me be clear: There was no mutually agreed upon holiday break,” he insisted. “In fact, we think it is important that briefings and other engagements continue during this period as there’s no time to spare.”

After Biden beat President Donald Trump in the November 3 election, the Democrat’s transition team only began meeting with administration officials in late November to coordinate the handover, since Trump refused to concede defeat and his administration only allowed cooperation with Biden on November 23.