Sunday, 20 December 2020_Syria’s Foreign Minister Faisal Mekdad has denounced unilateral sanctions imposed by the US against the war-stricken country as “crimes against humanity", saying the Western sponsors of terrorism must pay the price for their atrocities against the Syrian nation. 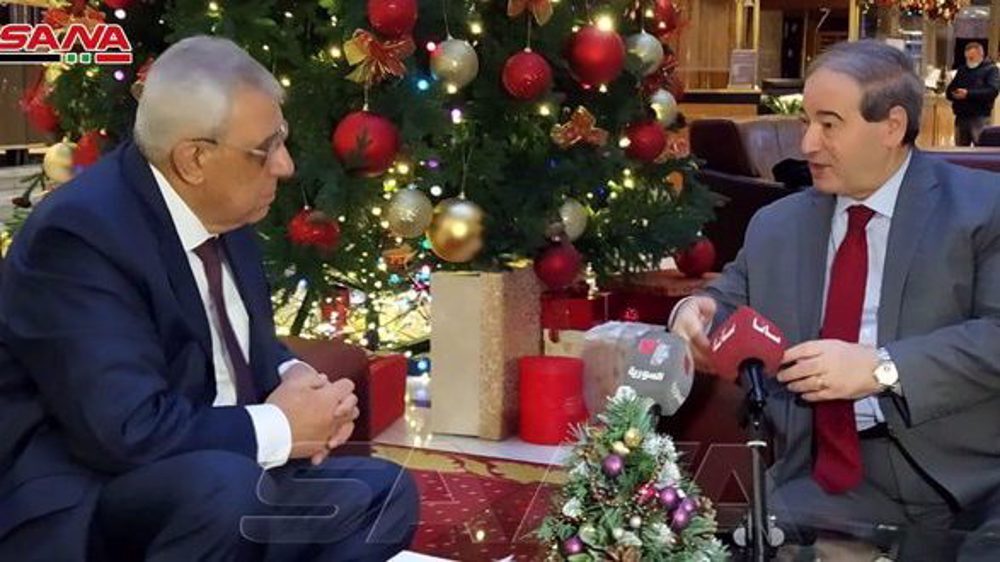 Mekdad made the remarks on Saturday in an interview with Syria’s official SANA news agency in Moscow, at the end of his official visit to Russia.

Asked about the US sanctions, he said, “Unilateral coercive measures against Syria are inhumane and can be classified as war crimes and crimes against humanity.”

Over the past years, the US has been maintaining an illegal military presence on Syrian soil, collaborating with anti-Damascus militants and stealing the country’s crude oil resources.

It has slapped rounds of crippling sanctions on Syria, which has been gripped by foreign-backed militancy since March 2011.

Parts of the restrictive measures have been imposed under the so-called Caesar Act, an American piece of legislation that alleges to support the Syrian people by protecting them against the Syrian administration’s way of governance.

The bans target almost all Syrian economic and trade activities, as well as the country’s government officials.

Elsewhere in his interview, Mekdad criticized the administration of outgoing US President Donald Trump for causing world-wide destruction.

“The Americans sabotaged the international organizations and the equations that have been built since the end of the Second World War,” he said. “The relations between the US and the countries of the world are not based on mutual consent and desire, but rather … US threats, whether by imposing unilateral coercive sanctions or through military pressure.”

Mekdad said if the new US administration wants to work for a safe world, far from threatening and pushing towards wars, it must abandon such policies and adopt an approach consistent with the UN Charter, the international cooperation principle and the sovereignty of independent countries.

The top Syrian diplomat further urged Western countries to correct their deadly approach towards the developing states and not to pursue their own interests through inhumane methods that violate international humanitarian law.