Tuesday, 22 December 2020 (YJC)_ Amir-Abdollahiansaid that it is certain that Soleimani's revenge requiring patience. 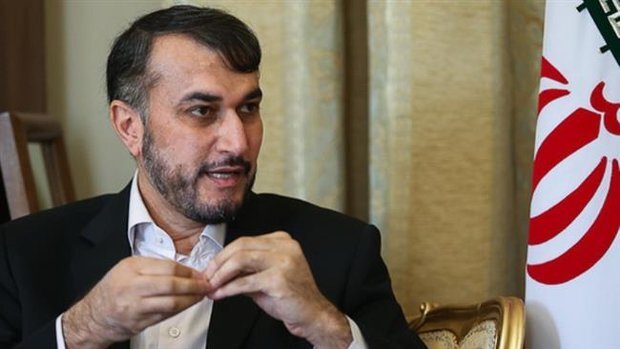 On his remarks on the eve of the first anniversary of the martyrdom of Lt. General Qasem Soleimani, Iranian Parliament Speaker's Special Aide for International Affairs, Hossein Amir-Abdollahian said that it is certain that Soleimani's revenge requiring patience.

“it is certain that the hard revenge for the assassination of Lt. Gen. Qassem Soleimani requires patience and harder planning.” He noted.

Abdollahian, moreover, said "Ayatollah Raeisi has appointed a special judge to investigate the assassination of Lt. Gen. Soleimani, and our judicial authorities have been able to gather evidence in this regard during their visit to Iraq."

“Parliament owns a crucial role in the fight against terrorism. But what we lack is the anti-terrorism law in the parliaments of the world," he said while referring to the role of the Iranian Parliament.

“the current problem is international institutions with specific political views have developed a series of international rules and regulations to fight against terrorism but they tried to access all the details inside the countries, most importantly the confidential ones under the shadow of labels such as anti-money laundering, anti-trafficking or anti-terrorism."

The US terrorist forces assassinated Lt. General Qasem Soleimani, who was among the key figures in the fight against terrorism in Syria and Iraq in the past several years, and Abu Mahdi al-Muhandis, the second-in-command of Iraq’s pro-government Popular Mobilization Units (PMU) in an airstrike ordered by US President Donald Trump at Baghdad’s international airport on January 3, 2020.

Share to
Related News
Raeisi: Gen. Soleimani’s traits must be explained to the present and future generations
IRGC Cmdr: Iran fully prepared to confront any US move in region
CENTCOM chief reveals US fear of Iran's reprisal for assassination of Gen. Soleimani
Zeinab Soleimani on her father’s assassination
IRGC Chief Cmdr.: The Maximum Pressure Policy Has Failed
Shamkhani: the US seeks to plunder Syrian oil and maintain the security of the Zionist regime
Tags
general soleimani ، soleimani ، abu mahdi al-mohandes ، abdollahian ، parliament speaker
Your Comment