Thursday, 24 December 2020_The World Health Organization’s international mission to China to investigate the origins of COVID-19 will explore all avenues and is not looking to find “guilty” parties, a team member says. 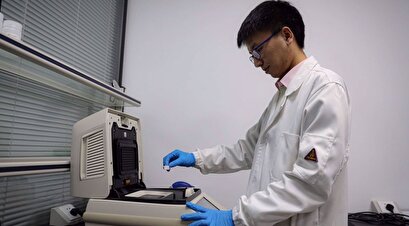 Investigators will head to China in January and to Wuhan, where the first cases were detected 12 months ago in the pandemic that has swept the world, causing giant global health and economic crises.

"The meetings we had so far with Chinese colleagues were really productive and very good," Fabian Leendertz from the Robert Koch Institute, Germany's central disease control body, told AFP.

"My impression, at the moment, is that the Chinese -- on the government, but also on the population level -- they're really interested in finding out what happened."

Leendertz, 48, is an expert in zoonoses -- infectious diseases that cross the species barrier -- and is among 10 eminent scientists tasked by the WHO with trying to find the origins of the novel coronavirus and work out how it jumped from animals to humans.

A year after the first cluster was detected in Wuhan, they will travel to China for the first time on a mission expected to last between five and six weeks -- the first two spent in quarantine.

The 10 scientists will also be accompanied by Peter Ben Embarek, a WHO expert on food safety and zoonoses.

"This is not about finding a guilty country or a guilty authority," said Leendertz. "This is about understanding what happened to avoid that in the future, to reduce the risk."

Leendertz said that viruses jump from animals to humans every year, all over the world.

"It was just bad luck that this was such a nasty virus," the German said.

"We are starting in Wuhan because this is where the most solid first data are available," said Leendertz. "From there we follow the tracks wherever they take us."

While he acknowledged that "the fresher the tracks are, the better," trained vet Leendertz said that even a year on it was "still possible to narrow down the scenario".

He added that all avenues remained open in terms of scientific analysis.

An epidemiologist and an animal health specialist from the WHO went to China in July on a scoping mission to lay the groundwork for the broader international investigation.

Since the end of October, the 10 experts have held regular virtual meetings with Chinese scientists working along the same lines.

Leendertz cautioned that "we should not have the expectation that after this first visit to China sometime in January, the team will come back with conclusive results".

However, he hopes the team will return from China with a "concrete plan" for Phase Two of the investigation, which will look at what else was needed to pinpoint the transmission event where the virus jumped from animal to a human.

Leendertz explained that the "biggest part" of the work, in particular the "practical" basics, would be done by Chinese experts.

The international mission is "there to support" them and also "give transparency to the rest of the world".

While scientists generally believe that bats were the original host species of the virus, the intermediate animal between bats and humans is not yet known.

Leendertz said the team would go "back in time" by examining various human swabs kept by the Chinese authorities, and serum collections from blood donors to see if people had been exposed to the virus before the first cluster was recorded in December 2019.