New drugs made for Alzheimer, MS 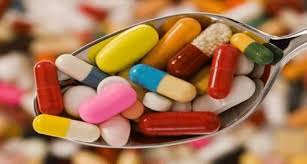 Director of the center Azin Mehrdad in interview with Mehr News Agency said that his staff is working on three new transgenic drugs.

Providing comments on one of the recombinant drugs he said "The drug is a hormone that stabilizes the blood calcium. Because the shortage of calcium can lead to osteoporosis, of which the cases have increased in number in the country.”

We are trying to develop a recombinant MGF. This drug is used for diseases of the nervous system such as the Alzheimer’s and MS, he added.

He noted that research on the projects has been underway for one year and it is continuing.

He also stated that the center is working on a vaccine for cervical cancer.

The application of this vaccine is mandatory for girls above 14 years in some European countries. In Iran this vaccine is imported, so we are planning to manufacture the drug.